Jordan McNair's father on Maryland retaining D.J. Durkin: feels like 'somebody spit in my face' 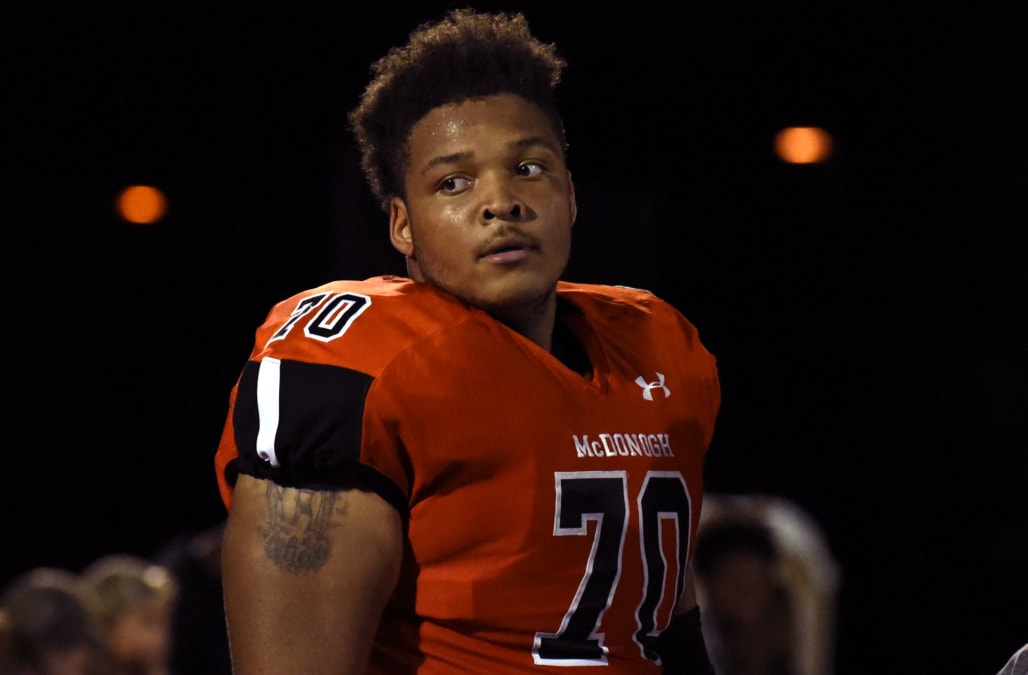 On Tuesday, the University of Maryland board of regents absolved football coach D.J. Durkin in the death of former offensive lineman Jordan McNair.

“We believe that coach Durkin has been unfairly blamed for the dysfunction in the athletic department,” board of regents chairman Jim Brady said. “And while he shares some responsibility, it is not fair to place all of it at his feet.”

The family of McNair, who died after suffering a preventable heat stroke during a football drill, responded to Tuesday’s news with their attorney at a news conference.

McNair’s father left in no uncertain terms how Maryland’s decision affected him.

“I feel like I’ve been punched in the stomach and somebody spit in my face,” Martin McNair said.

The family’s attorney, Hassan Murphy did much of the speaking at Tuesday’s news conference and summed up the board of regents’ decision as callous and indefensible.

“Chairman Brady and the board of regents had an obligation, not only to the football players on the University of Maryland team, but to the memory of our brother and our son, Jordan. Despite their agendas, the facts are undeniable.

The university has an obligation to protect, to educate and to nurture every one of its students. It’s very first obligation is to the health and to safety of the students to which it is bound by honor, obligation and law to protect. Yet today, the board ratified and validated the heartbreaking actions by coach Durkin and his staff toward Jordan in May by continuing the employment of the man who failed in his primary responsibility to Jordan.

That is callous, and it is indefensible.”

While Durkin and Evans remain employed, strength coach Rick Court was the only employee known to lose his job in the wake of McNair’s death. He left with a $315,000 settlement.

McNair died in a hospital two weeks after suffering heat stroke during a May conditioning drill with Durkin present. A Maryland investigation concluded that “mistakes were made” and that McNair “did not receive appropriate medical care” during and after the drill reportedly run by Court.

McNair’s family members aren’t the only ones upset with Maryland’s decision to retain Durkin. Offensive lineman Ellis McKennie spoke out on Twitter Tuesday about the lack of accountability in McNair’s death.

Every Saturday my teammates and I have to kneel before the memorial of our fallen teammate. Yet a group of people do not have the courage to hold anyone accountable for his death. If only they could have the courage that Jordan had. It’s never the wrong time to do what’s right. pic.twitter.com/AaZVmLGTtS

With Tuesday’s announcement, Maryland has managed to make a terrible situation worse. Moving forward from the tragedy of McNair’s death has been made an even more difficult task.