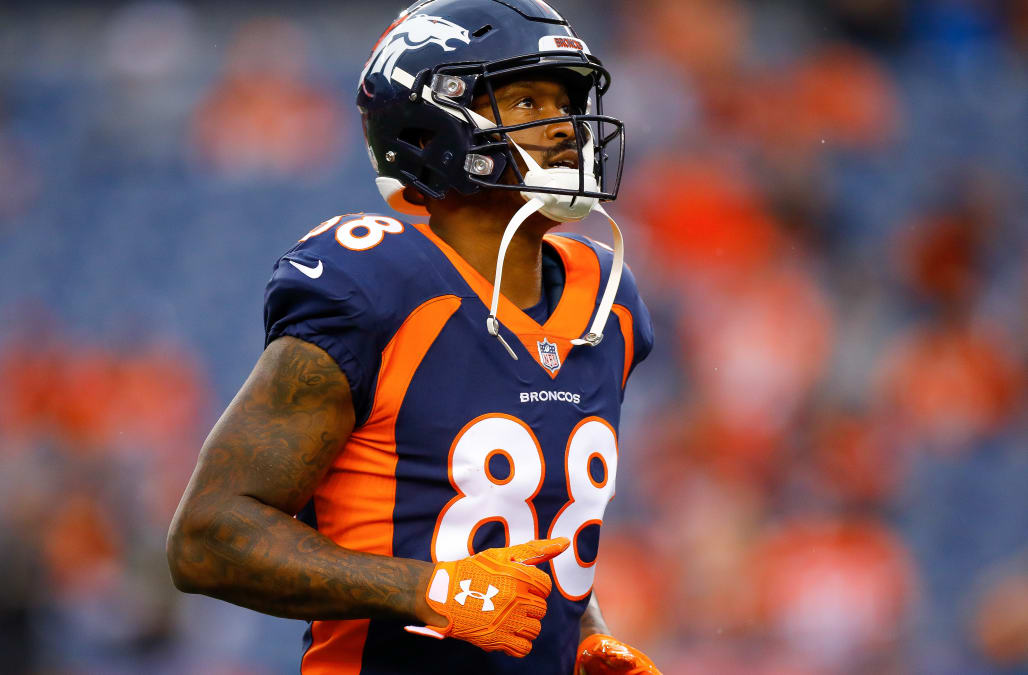 Tuesday afternoon is the NFL’s trade deadline, and we have our first trade of the day: via multiple reports, the Denver Broncos are trading receiver Demaryius Thomas to the Houston Texans.

Thomas will be doing a lot of traveling: after reporting to Houston to take a physical and begin practicing with his new team, he’ll turn right around and travel back to Denver – the Texans play in the Mile High City on Sunday.

It probably wasn’t a big surprise to Thomas that he’s being traded. For days, it’s been speculated that he would be moved before the league deadline, and Denver’s loss to Kansas City on Sunday seemed to all but cement things.

After Sunday’s game, Thomas indicated it wasn’t an easy week.

“How would you feel at your job [if] your boss, whoever, said they wanted you someplace else?,” Thomas said on Sunday, via Nicki Jhabvala of The Athletic Denver. “And you come into work every day and have to think about it? How would you feel? But I had to do it for my team, like it was normal, act like it was normal. It just kept coming up, from left and right. … I had to think about it. … It’ll be interesting to see what happens in next couple days.

“I think it [news he was on the trading block] should have never gotten out, to tell you the truth. I would have never been thinking about it if it never got it. Nobody would be talking about.”

See other players who have been dealt this season:

NFL players who have been traded this season