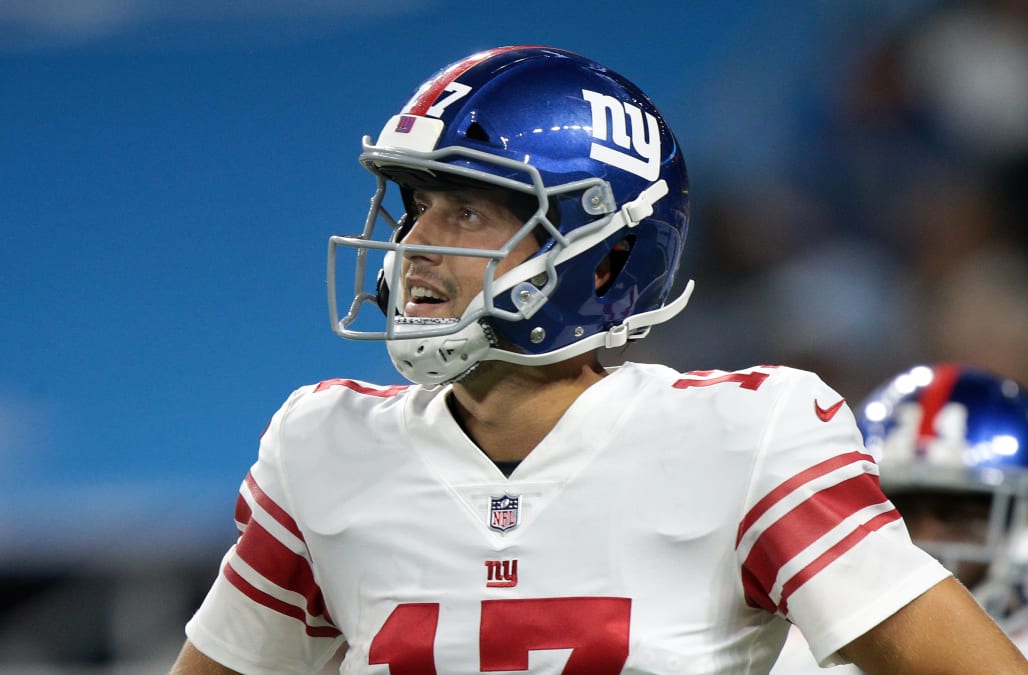 The New York Giants are supposed to be spending their bye week figuring out how to right the ship after a 1-7 start.

Now at least part of the week will be spent dealing with a minor fire caused by one of their rookies.

Rookie quarterback Kyle Lauletta — aka the player at least some fans have been hoping to see because how much worse can he be than Eli Manning? — was arrested on Tuesday morning while driving to the team’s practice facility.

Via Ron Zeitlinger of NJ.com, Lauletta was arrested for an unspecified traffic violation.

Sources in Weehawken, N.J. told Zeitlinger that Lauletta was trying to make a right turn from the wrong lane on Route 495, and was directed to keep going straight.

Lauletta made the right turn anyway, allegedly nearly running over the officer directing traffic in the process.

A second officer at the end of the on-ramp stopped Lauletta.

One of Zeitlinger’s sources said Lauletta did the same thing on Monday morning, but he was not stopped by officers. Police were able to make a note of his license plate and he will be issued two summonses in the mail.

‘This is obviously very disappointing’

Lauletta wasn’t at practice on Tuesday, and coach Pat Shurmur told reporters the team has been in contact with the rookie.

“We were made aware of the situation this morning, and we have been in contract with Kyle,” Shurmur said. “We are still in the process of gathering information. This is obviously very disappointing.”

The 108th overall pick this year, out of Richmond, Lauletta has yet to play a snap this season.

UPDATE (2:25 p.m. ET): The Weehawken Police Department released a statement on Tuesday afternoon outlining their breakdown of the events with Lauletta:

“This morning at approximately 8:00 am Weehawken police arrested Mr. Kyle Lauletta for various motor vehicle and related disorderly person offenses. Mr. Lauletta was observed by officers operating his 2017 Jaguar in a dangerous manner in heavy traffic near the Pleasant Avenue approach to Route 495.

“Upon being directed by an officer to continue in his marked lane, Mr. Lauletta attempted to evade him, making an illegal turn and continuing towards Route 495, almost striking the officer. Mr. Lauletta was subsequently stopped by another officer and refused various instructions to produce his driving credentials and exit his vehicle.

“He was then arrested and charged with eluding police, a third-degree crime, obstructing administration of law, and resisting arrest, which are disorderly person offenses. Motor vehicle charges are for reckless driving, disregarding an officer’s directions, improper turn in marked traffic lane, and failure to remain in a marked lane.

“Upon further investigation, it was learned that a 2017 Jaguar registered to Mr. Lauletta was involved in a similar incident at the same location [Monday].”