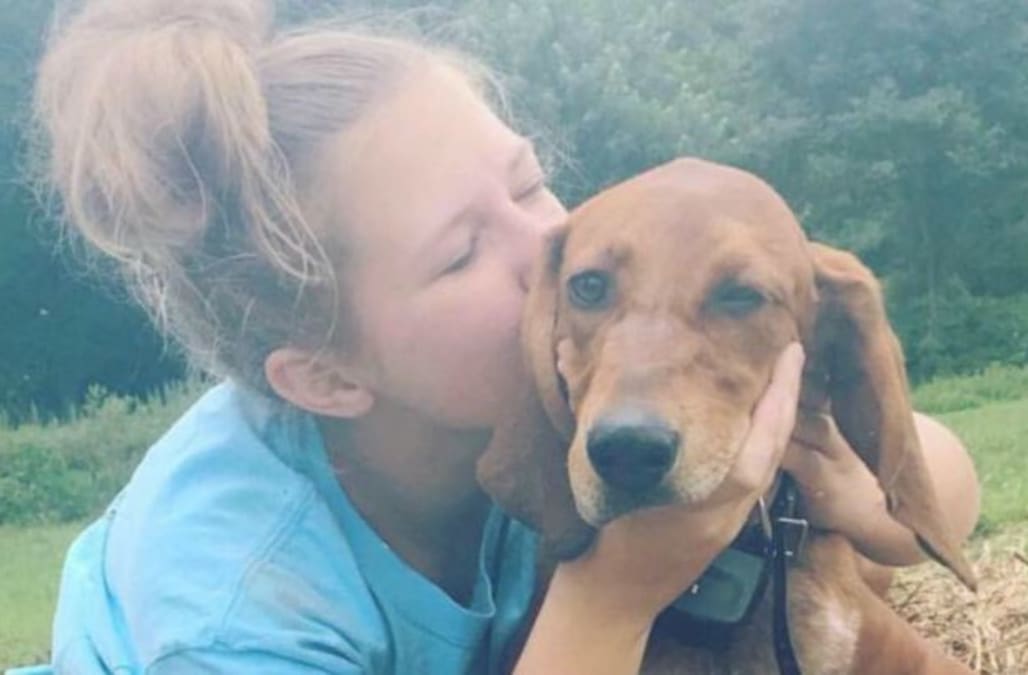 A 12-year-old Virginia girl who died chasing her dog into oncoming traffic will be laid to rest alongside her beloved pet.

Jennarae Goodbar was playing with her dog, Cash, outside her home in Lexington, Va., on Sunday when the animal suddenly took off running, the girl's mother, Donna Jean Stuples, told WTVR.

The sixth-grader chased her dog onto a nearby highway, where both she and Cash were struck and killed by a vehicle that was unable to stop in time. Tragically, the man behind the wheel was identified as a "close family friend" of Goodbar's family, according to Kerrs Creek Volunteer Fire Department Vice President Emory Higgins.

"Coming up on something like this is going to stay in your memory for a long time," he told WFXR. "Pretty emotional with all her family there. Of course, it was right across from where she lived, so her dad was there and her brother."

Stuples said that as a way to honor Jennarae, Cash — or Cashiemomo, as her young owner lovingly called her — will be placed in her late daughter's casket on the day of her service so the two can be buried together.

"She bought her with her own cash," her bereaved mother said. "It was her baby."

A GoFundMe page, which was established to help her family pay for the unexpected cost of her funeral, remembered Jennarae as "a sweet, energetic, dog loving, hunting loving little girl — a little girl who touched the lives of many."

More from Aol.com:
The synagogue massacre was actually in Mister Rogers's neighborhood. What would he say?
A doctor rushed toward synagogue gunfire to help the wounded. He was killed.
Two-year-old has arms, legs amputated because of mystery illness