Two-year-old has arms, legs amputated because of mystery illness 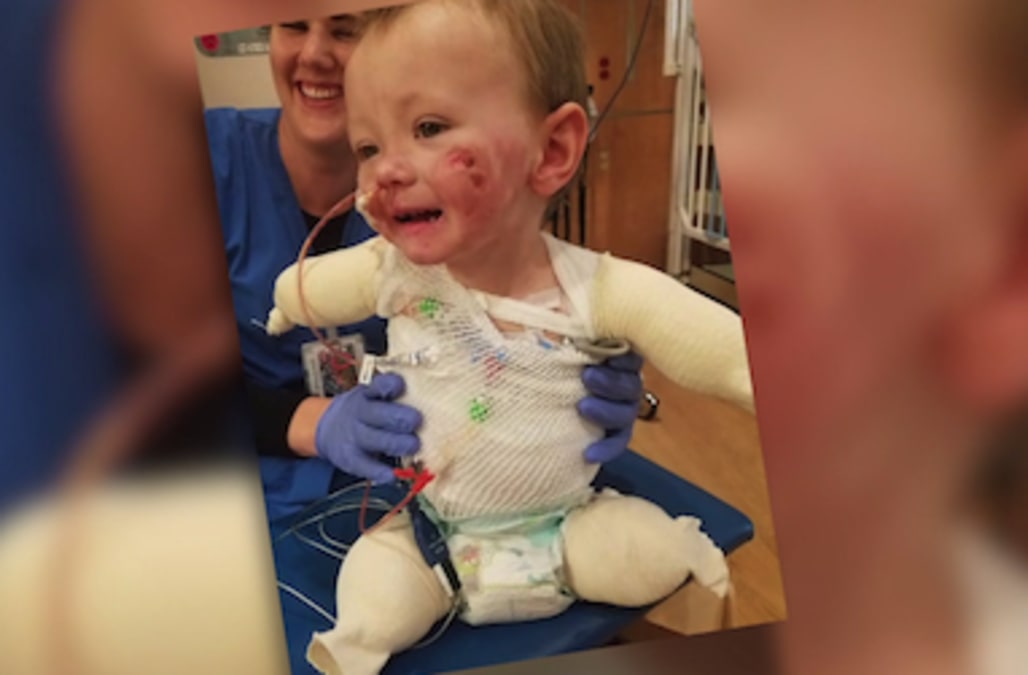 INDIANAPOLIS, Ind. (WTTV) — An Indiana boy is recovering after a mystery illness forced doctors to amputate the lower half of all four of his limbs.  While his family dealt with the news, his mother was about to deliver his baby sister.

When his parents brought him to Riley Children’s Hospital, his health rapidly declined.  Purple bruise-like marks began covering his body in minutes.

"It's kind of like blood vessels that’s ruptured really in the body," said his father Nicholas Thompson.

Thompson added that the doctors called it a condition named purpura.  As for the cause of the symptom, that remains unknown.  Doctors in the emergency room gave him an antibiotic, which killed the illness, and an easy way to determine the cause.

“If they didn’t give it to him my boy wouldn’t be here," Cox and Thompson said, "So, Riley really saved our son.”

Before the illness ran its course, Jeremiah's limbs lost pulse from the damage.  Doctors were forced to amputate all four of his limbs below the knees and elbows to save his life.

“Yes, this is going to be a very long stressful time in our life, but we have our son, and I’m thankful every day," Thompson said.

There is no timetable on when he will be able to return home, but Jeremiah remains upbeat.  His parents have three other children, but all they have told them is he is in the hospital.  His Mother is glad he remains strong, but fears for when he realizes life is different.