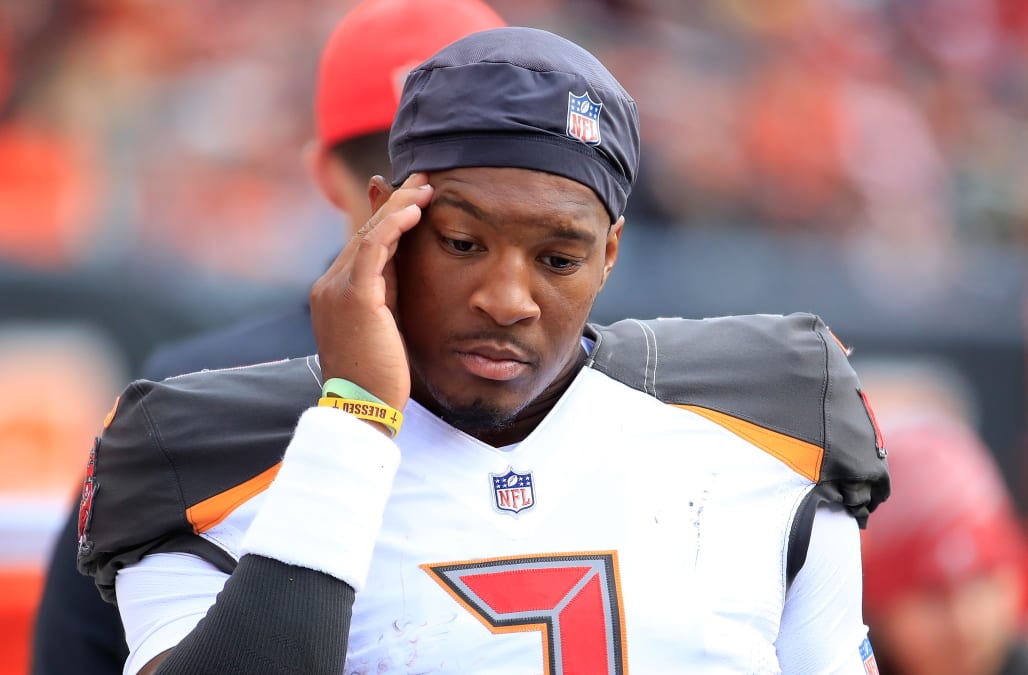 The Fitzmagic is officially back in Tampa Bay.

Tampa Bay Buccaneers head coach Dirk Koetter made his quarterback decision public Monday morning, telling the media Ryan Fitzpatrick will return to the starting role in week 9. The Bucs (3-4) will travel to play the Carolina Panthers (5-2) in a tight NFC South matchup.

#Bucs coach Dirk Koetter announces his QB decision: Ryan Fitzpatrick will start on Sunday. So Jameis Winston to the bench.

“That’s what we feel like we need to do this week to give ourselves the best chance,” said Koetter, adding the decision is just for right now.

He said he doesn’t like switching quarterbacks, but feels they “need to make the switch at this time.”

Fitzpatrick, who started the first four games of the season, led the Tampa Bay rally against the Bengals after Winston was benched following four interceptions. The Bucs lost, 37-34, after a last-second field goal.

Jameis Winston threw four interceptions in less than three quarters against the Bengals on Sunday, putting his team into a 34-16 deficit after a pick-six.

In the first quarter he threw an interception in the end zone and later on added one that was seemingly to none of his receivers.

In the third quarter he threw another inaccurate pass the Bengals snatched.

The first round pick in the 2015 NFL draft has 10 interceptions in four games this season with six touchdowns. Over his four-year career, the first two of which he played every game, he has 54 interceptions to 75 touchdowns.

Winston is in the final year of his guaranteed contract. The Bucs picked up the fifth-year option in April, but 2019 is not guaranteed.

Ryan Fitzpatrick had a stellar and surprising start to the season for the Bucs while Winston served a three-game suspension for inappropriately touching an Uber driver.

Fitzpatrick opened the season with two victories, including a record-setting win against the Pittsburgh Steelers in Week 3. He became the first quarterback to throw for at least 400 yards in three consecutive games and therefore has his jersey in the Hall of Fame.

Though he got the start in week 4 against the Chicago Bears, Koetter pulled Fitzpatrick in favor of Winston when the Bucs fell behind, 38-3, at halftime. Winston has held the starting role since while the Bucs struggle with a quarterback conundrum.

Fitzpatrick has 1,550 passing yards over five games, averaging a career-high 310 yards per game. He has 13 touchdowns and five interceptions.

More from Yahoo Sports:
Ty Montgomery disobeyed coach on key play, angering his team
Browns fire Hue Jackson in his third year as coach
Eric Reid: Malcolm Jenkins asked 'how much will it take for you to stop' kneeling?