Jackpot of $750 million, fourth largest in U.S. history, at stake in Powerball lottery 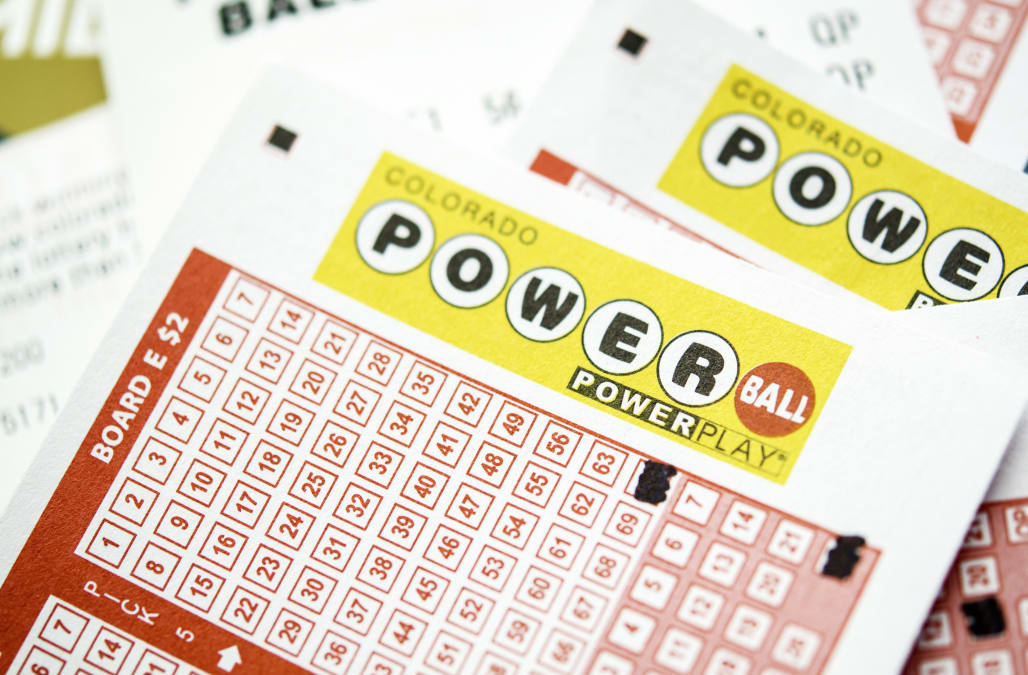 (Reuters) - A $750 million jackpot, the fourth largest in U.S. history and the second astronomical jackpot this week, will be at stake during the Powerball drawing on Saturday.

It comes after one ticket sold in South Carolina matched all six numbers on Tuesday in the United States' other main lottery, the Mega Millions, to win a jackpot of $1.537 billion, just short of a world record.

No one has come forward to claim the Mega Millions prize.

13 PHOTOS
What it's like winning the lottery
See Gallery

Whether they win $500 million or $1 million, about 70 percent of lotto winners lose or spend all our money in five years or less. These are the 13 things rich people never spend their money on.

Always play the second-chance drawings. Some games require you to mail in your losing ticket. Others tell you to go online and  register the ticket’s serial number. People either don’t know about the drawings or don’t take the time to enter, so your odds of winning are always better.

We don't quit while we're ahead


Do lotto winners still play the lottery? Absolutely. And we’re sure we’re going to win again.

You will be exploited -- possibly by your friends


I had one friend who told me this sob story about how behind she was on her local taxes, how they were going to take her house because she couldn’t pay. After she left, I got on my computer, looked up her tax records, and saw that she wasn’t behind. When I printed out that page and sent it to her, well, that was the end of our friendship. Here's what 10 billionaires say is the definition of success.


If you win $6 million and find yourself in a room full of lotto winners who won $100 million or more, all of a sudden, you feel like the poor one. It’s all relative.

We answer for our impulse purchases

We are still looked down upon by the truly wealthy

After we won and moved into an exclusive neighborhood, we planned a huge Fourth of July party and invited all our neighbors. None of them came—they thought we didn’t earn our money. Don't have a winning ticket? Find out the 5 easy ways to earn extra income.

We are sick of money questions

It drives me nuts when people ask where I keep the money, how I spend it, and if I still have it. No one would dream of asking a CEO those questions.

Your friends will change with your lifestyle

All lotto winners think they’re going to have the same friends and do the same things. But if you have $100 million and you want to fly to Hong Kong for the weekend, you need to either find someone who can afford to go with you or be willing to subsidize someone. And subsidizing people gets old. Learn the 19 things rich people never, ever do.

You may be forced into the spotlight

If you think you’re going to win and remain anonymous, you’d  better check your state laws. Many states require that you do a news conference and hold up a big check.

'Tis better to give


Now that I can buy anything I want, I’ve learned that what  really matters—and what I enjoy most—is being able to do things that help other people. These are the 8 smart things you should do if you land extra cash.

Don't donate all at once

If you want to give a charity a big sum of money, never give it all at once. It’s better to donate $100,000 a year for ten years so you can retain some control and make sure the cash is being spent wisely.

Who are we kidding? Life is great

You haven’t lived until someone picks up the laundry from your front porch and brings it back to you that night, completely done and neatly folded. These are the 26 secrets rich people won't tell you about their lives and habits.

If someone wins the Powerball on Saturday they will have the option of an immediate cash payment of $428.6 million, or the $750 million prize paid out over 29 years, according to the lottery.

The Powerball jackpot has rolled over since it was last won in August, the lottery said.

The odds of matching all five numbers and the Powerball is 1 in 292 million.

States receive a percentage of lottery ticket sales and use the money to support public schools or to meet other needs.

(Reporting by Brendan O'Brien in Milwaukee; Editing by Alison Williams)

More from Aol.com:
Numbers drawn for record $1.6B Mega Millions jackpot
Mega Millions, Powerball prizes come down to math, long odds
US gets lottery fever as jackpots rise to $2.2 billion