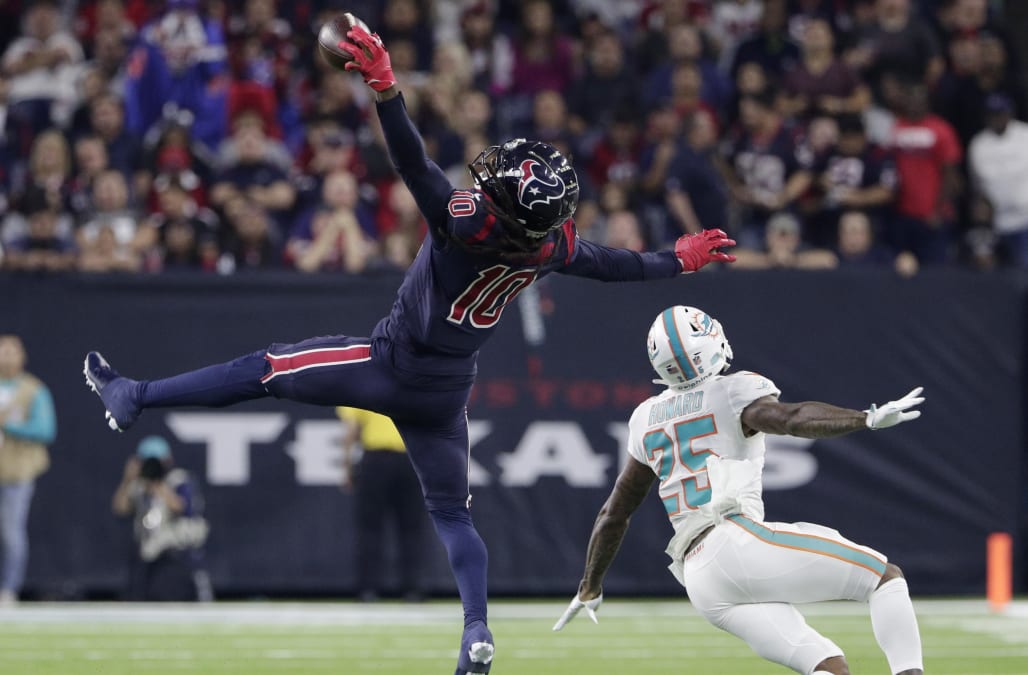 Houston Texans' wide receiver DeAndre Hopkins made the catch of the year on Thursday. Until he didn’t.

Halfway through the third quarter of Houston’s 42-23 victory against the Miami Dolphins, Deshaun Watson looked for Hopkins deep on a third-and-8 pass from the Texans’ 19-yard-line.

Then Hopkins showed why he has a cult following as the league’s best receiver.

He separated from Dolphins defensive back Xavien Howard to make a one-handed grab with his left hand complete with a between-the-legs follow through to secure a big first down. Except it wasn’t.

Officials flagged Hopkins for offensive pass interference on the play. Replay shows Hopkins with a slight pushoff using his right hand as he tussled for position with Howard.

It’s the kind of contact that happens on NFL passes every week and and isn’t flagged. Why officials deemed this the time to call a penalty is perplexing.

Of course, the officials made plenty of mistakes on Thursday before this play. Why not add one more on one of the best plays of the NFL season?

An off-setting illegal contact penalty gave the Texans another third-down chance. But there would be no first down. And there was definitely no getting that highlight back for Hopkins.