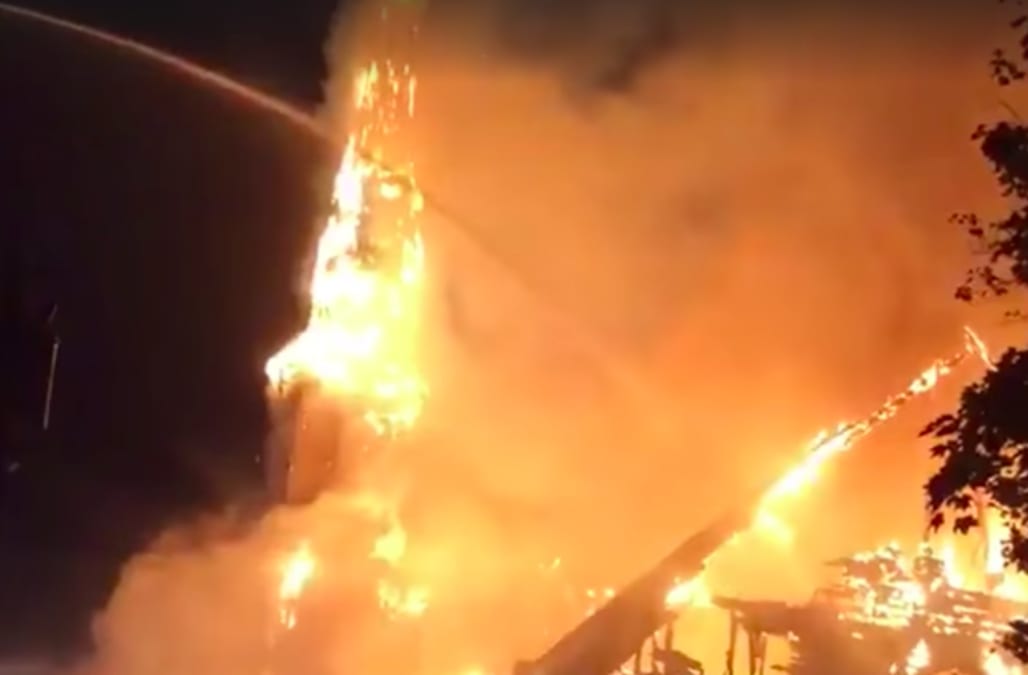 A seven-alarm fire that tore through a 150-year-old church in Massachusetts miraculously spared a painting of Jesus Christ, WFXT reports.

The piece of artwork, which hung near the front doors of First Baptist Church in Wakefield, Mass., somehow survived the massive blaze — which was likely caused by a lightning strike — completely unscathed.

Wakefield's historic First Baptist Church was ravaged by fire Tuesday evening. But this painting of Jesus was somehow left unharmed by fire, smoke, or water. https://t.co/5qj2vIA29spic.twitter.com/9wJF1OjmJn

Shocking footage of the fire shared on social media shows the church engulfed in heavy smoke and flames. As firefighters battle the growing inferno, part of the church's 180-foot spire can be seen toppling over.

Although members of the congregation say they are deeply saddened by the loss of the historic building, some have been able to find comfort in the painting's survival.

"It’s a beautiful sign of hope," Maria Kakolowski, one of the church members, told WFXT. "I am personally just taking it as a sign and a reminder that the Jesus, the Christ that we serve, is still alive and even though our church building is gone, our church is here. The God that we serve is still here."

"Our kids are sad," said Heather McCarthy, a parent whose kids attended the church's affiliated nursery school, added. "My middle son was in tears."

"The kids do a Halloween parade every year that they were getting ready for. To think of it not being in this church is tough, but you know, we'll figure something out," she added.