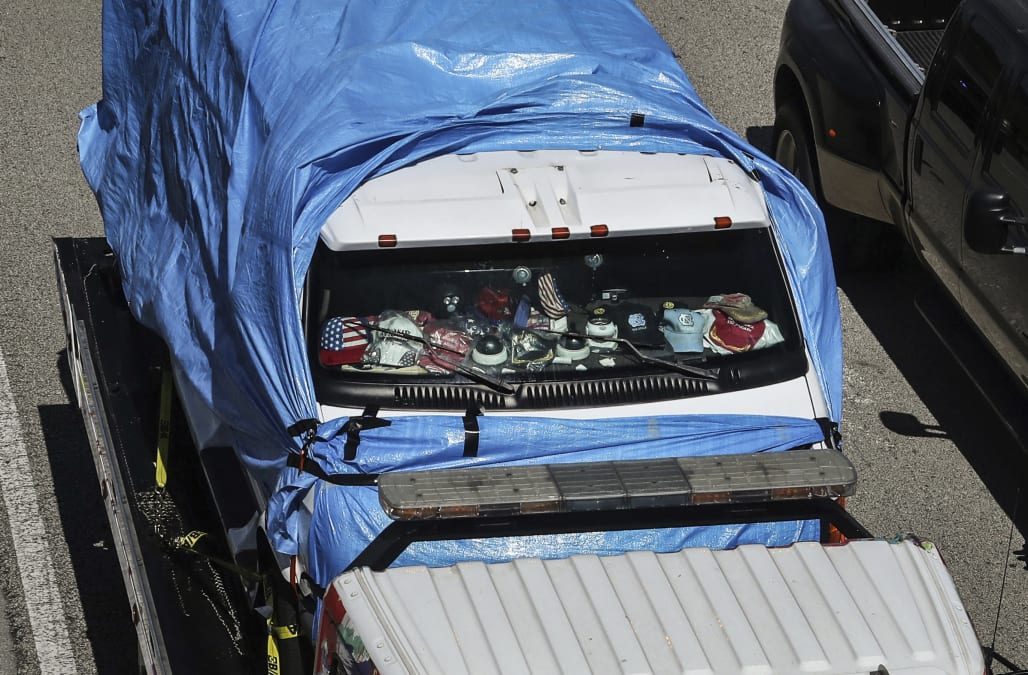 Social media pages that appear linked to Cesar Altieri Sayoc displayed evidence of emotional turmoil and political anger before he was arrested on Friday and identified as the suspect behind 12 mail bombs sent to leading Democrats, prominent activists, and members of the media.

There are multiple Facebook accounts, a Linkedin, and a Twitter page that appear to belong to Sayoc. They show his name and display many photos that strongly resemble the man who was taken into custody by the FBI on Friday. The postings appear to be from an ardent supporter of President Donald Trump who despised many Democrats.

The person identifying himself as Sayoc described himself as an entrepreneur, or as he put it on Linkedin, a “Promoter, booking agent Live entertainment, owner, choreographer.” In multiple pictures, the person identifying as Sayoc can be seen wearing a pro Trump“Make America Great Again” hat and attending Trump campaign rallies. In the months leading up to Trump’s election in 2016, the Facebook pages regularly promoted articles containing bizarre conspiracy theories about Democrats — including allegations Trump’s rival, Hillary Clinton, sold weapons to the jihadist group ISIS, claims Democrats were “buying votes,” and rumors of an imminent Muslim terror attack.

Based on the Facebook posts, the person identifying as Sayoc was fixated on the idea America would be at risk of terror under Clinton.

“Wake up America FBI director warns an attack like never seen before here in America will happen. We can’t afford risk American lives with Hilary Clinton. They will infiltrate refugees guaranteed,” the person wrote.

Clinton was one of the 12 people targeted by the mailings. On Twitter, the account under the handle @hardrock2016 posted about several of the other mail-bomb targets including the liberal donor George Soros, who has long been a focus of right wing conspiracy theories. He made multiple posts attacking gun control activists and Democratic Florida gubernatorial candidate Andrew Gillum as being “BACKED BY SOROS.” One image retweeted by the account on Monday declared, “THE WORLD IS WAKING UP TO THE HORRORS OF GEORGE SOROS.” The person identified as Sayoc also posted images encouraging people to “VOTE REPUBLICAN” in next month’s midterm elections and expressing hope for a “RED WAVE.”

Postings that seem to have come from Sayoc don’t just express admiration for Trump’s politics. In an October 2016 Facebook post, Sayoc credits Trump’s business strategies with helping him to open a sports bar.

“Thank you President Trump for all advice strategies, that worked to close on our soon to be … Knockers Sports Grill. We followed exactly the formate [sic] you laid out for us,” Sayoc wrote.

Postings on the pages that appear to belong to  Sayoc also attacked the media. In recent months, the postings on those pages became less coherent and more ominous. On July 14, one of the Twitter accounts posted a link to a video that purportedly showed a video of a python swallowing a human live.

“This one for you MSNBC Andrea Mitchell. A promise reply to your threats. We will answer is coming see you soon,” Sayoc wrote.

After Sayoc’s arrest on Friday, Rochelle Ritchie, a former congressional press secretary and political commentator, posted screen grabs of messages she received from the @hardrock2016 account identified as belonging to Sayoc on October 11.  Ritchie claimed the account sent her “threats” after she made an appearance on Fox News. She also showed a screengrab of an email indicating she reported the matter to Twitter, and criticized the company for sending back “a bs response about how you didn’t find it that serious.”

The message the account tweeted at Ritchie urged her to “hug your loved ones real close every time you leave you home [sic].”

Last Friday, Sayoc wrote multiple tweets that seemed to be in response to a video from the celebrity gossip site TMZ where the rapper TI criticized Trump.

“Unconquered Seminole Tribe” is a phrase that appeared multiple times in the Twitter postings. In several  tweets, the person who identified themselves as Sayoc posted pictures showing a flag for the “Unconquered Seminole Tribe for Florida” and expressing support for a pair of Republicans in the state, Senate candidate Rick Scott and gubernatorial candidate Ron DeSantis.

Under his nonsensical screed against TMZ and the Washington Post, Sayoc posted pictures of three tarot cards featuring images of death.