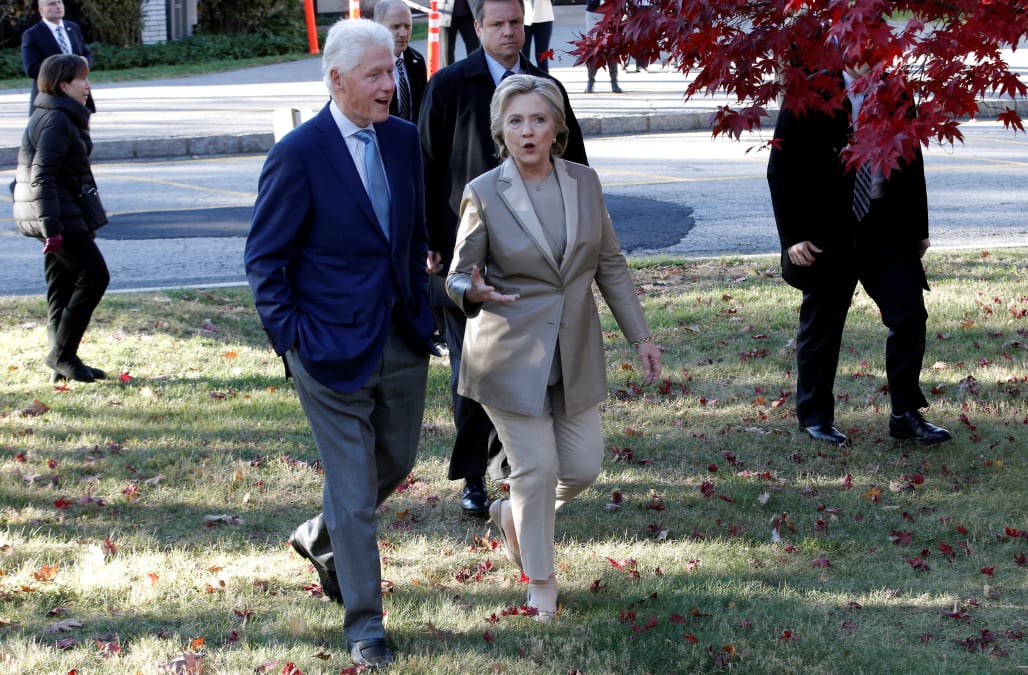 The U.S. Secret Service is investigating a suspicious package found near the New York home of Bill and Hillary Clinton and one sent to former President Barack Obama in Washington, D.C.

The first package was discovered on Tuesday in Westchester County, New York, and a second in Washington, D.C., the FBI and Secret Service said in a statement.

"The packages were immediately identified during routine mail screening procedures as potential explosive devices and were appropriately handled as such. Both packages were intercepted prior to being delivered to their intended location. The protectees did not receive the packages nor were they at risk of receiving them," the statement said.

Clintons make pricey buy next to Chappaqua home
Up Next

"The Secret Service has initiated a full scope criminal investigation that will leverage all available federal, state, and local resources to determine the source of the packages and identify those responsible.”

The New York bureau of the FBI tweeted that they are aware of the situation and are working with other law enforcement agencies to investigate.

“We condemn the attempted violent attacks recently made against President Obama, President Clinton, Secretary Clinton, and other public figures," said White House Press Secretary Sarah Sanders. "These terrorizing acts are despicable, and anyone responsible will be held accountable to the fullest extent of the law. The United States Secret Service and other law enforcement agencies are investigating and will take all appropriate actions to protect anyone threatened by these cowards.”

The package was located around near the Clintons' home in Chappaqua, New York, a suburb of New York City.

This comes days after an explosive device was found in the mailbox of George Soros' New York home.

Law enforcement officials said that device "had the components" of a bomb and contained explosive powder. It was detonated as a precaution, and no one was injured.