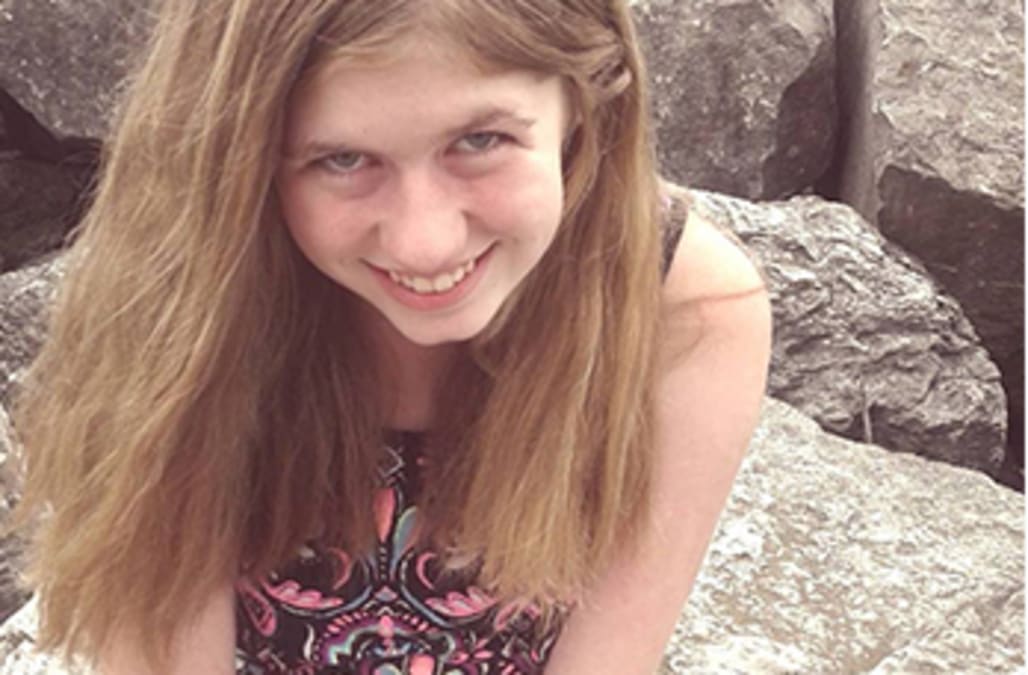 BARRON, Wis. (AP) — A Wisconsin sheriff thanked volunteer searchers who helped canvass the area surrounding the home of a 13-year-old girl who is believed to have been abducted and whose parents were killed.

Barron County Sheriff Chris Fitzgerald said in a Facebook post Tuesday that investigators were assessing several items that volunteers found during an expanded search for clues that might lead them to Jayme Closs, but none of them seemed to be linked to her disappearance as of Tuesday evening.

As many as 2,000 volunteers from in and around the Closs family's hometown of Barron and as far away as the Minneapolis area, about 80 miles (130 kilometers) to the southwest, heeded the call for volunteer help. They walked through swamps, cornfields and woods in chilly weather.

"The outpouring of hope and support from the community and law enforcement has been overwhelming," Fitzgerald said, adding that Jayme is believed to still be missing and endangered.

Fitzgerald said authorities had received more than 1,400 tips as of Tuesday and had closed 1,100 of them while continuing to work the others. Some of those tips led authorities to conduct Tuesday's expanded search.

After being instructed to proceed slowly, to yell "Stop!" if they see anything and to wait for the authorities to come check it out, volunteers fanned out in lines to search marshes, wooded areas and fields. Video posted on Twitter by a KMSP-TV reporter showed searchers walking in a grid pattern, using the sticks to bat down tall grass and vegetation.

Reporters tracking various search groups tweeted that volunteers were told to look for anything that could be a clue, such as a cellphone, piece of clothing or gun.

Jayme Closs has been missing since sheriff's deputies responding to a 911 call early on the morning of Oct. 15 found the door to her family's home near Barron kicked in and her parents, James and Denise Closs, dead inside. They had been shot. Investigators believe Jayme was abducted and ruled her out as a suspect on the investigation's first day.

Joe Scheu, a retiree from the nearby village of Haugen, said he was taking part in Tuesday's search because he has a 13-year-old granddaughter and he wanted to help out. He said the violence in the case is terrible and that he feels sorry for Jayme.

Jill Robinson, who lives about 60 miles (100 kilometers) south in Eleva, drove to Barron with a friend to join the search.

"I guess I'm not doing anything different than I would hope someone would do if it was one of my loved ones in this situation right now," said Robinson, 48. "I just think anytime it hits close to home like this, it just makes you think it could be you or one of our loved ones."

Investigators are also searching for two cars — a red or orange Dodge Challenger and a black Ford Edge or black Acura MDX — that may have been near the Closs family's home on the night of the attack, Fitzgerald said. He didn't have information about the cars' license plates.

Relatives plan to hold a funeral for James and Denise Closs at 1 p.m. Saturday at St. Peter's Catholic Church in Cameron, a village next to Barron. The funeral will be preceded by an 11 a.m. visitation.

Fitzgerald said he planned to provide another update in the case on Wednesday afternoon.

More from Aol.com:
Police: Girl confined to small basement room with alarm
Utah student was on the phone with her mother when she was murdered
George Soros' N.Y. home targeted with explosive device, authorities say