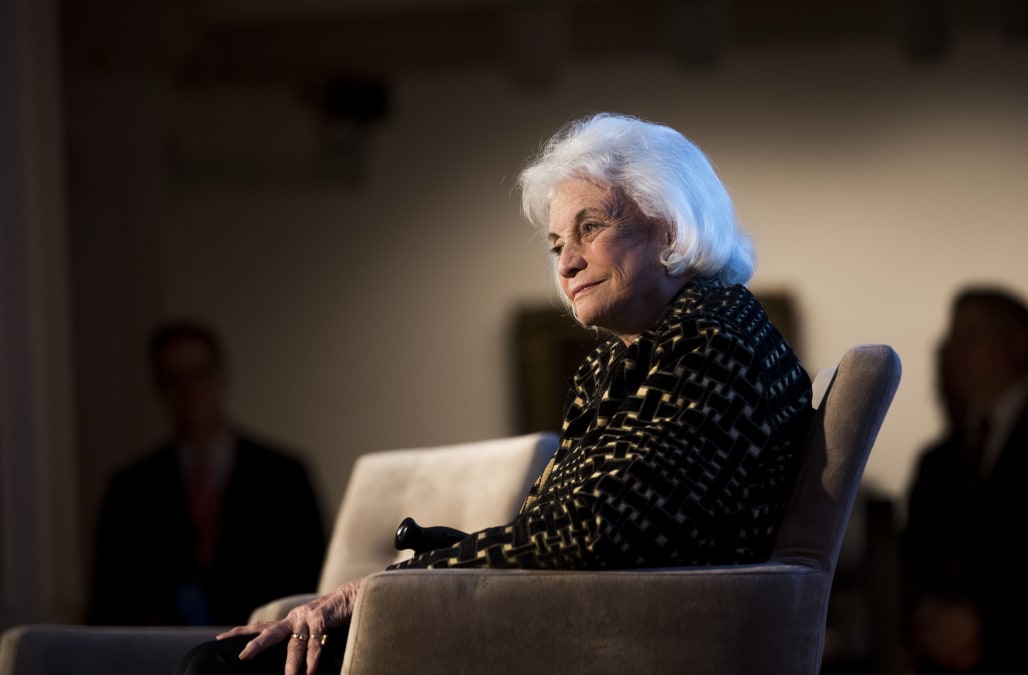 WASHINGTON, Oct 23 (Reuters) - Sandra Day O'Connor, the first woman to serve as a U.S. Supreme Court justice, announced on Tuesday that she has been diagnosed with dementia.

O'Connor, a centrist on the conservative-leaning court, was appointed by Republican former President Ronald Reagan in 1981 and retired in 2006.

"Some time ago, doctors diagnosed me with the beginning stages of dementia, probably Alzheimer's disease," O'Connor, 88, said in a letter issued by the court.

As a result of the diagnosis, O'Connor said she has withdrawn from public life.

"I will continue living in Phoenix, Arizona, surrounded by dear friends and family. While the final chapter of my life with dementia may be trying, nothing has diminished my gratitude and deep appreciation for the countless blessings in my life," O'Connor added.

Over time, she became the court's ideological center, casting key votes in cases on the most contentious issues of her era, including a ruling that helped preserve a woman's right to have an abortion and another upholding affirmative action - the use of racial preferences in student admissions - on college campuses.

"Justice O'Connor is of course a towering figure in the history of the United States and indeed the world," Chief Justice John Roberts said in a statement. "She broke down barriers for women in the legal profession to the betterment of that profession and the country as a whole."

More from Aol.com:
Police officer lectures boys playing with BB gun: 'Do you think I want to shoot an 11-year-old?'
Cancer survivor says store manager told him to cover disfigured face: 'I've never been treated like that'
Meghan McCain posts touching photo from father John McCain's grave: 'I miss you the most on Sunday'