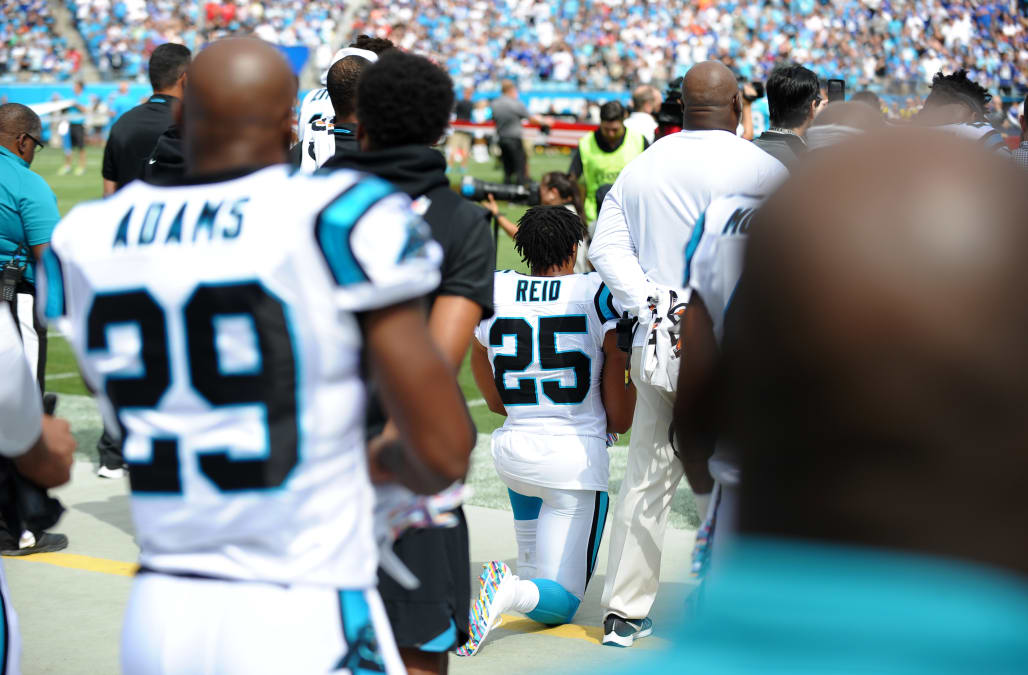 Much of the online ire in the wake of a Donald Trump rant against NFL players kneeling during the national anthem was provided courtesy of Russian Twitter trolls, the Wall Street Journal reports.

At a 2017 rally in Huntsville, Alabama, President Trump railed against players protesting social justice issues during the national anthem, urging NFL owners to “get that son of a bitch off the field right now.”

Thousands of tweets criticizing player protests followed in the ensuing days. Overall, from 2014 through 2018, more than 12,000 tweets from 491 accounts linked to the Kremlin-backed Internet Research Agency were sent, with most of them critical of protests, according to a Clemson study cited in the WSJ report.

See how players are continuing to protest this season:

The study concluded that 87 percent of those tweets had a conservative-leaning message often labeling protesting players as unpatriotic or criticizing the NFL for its handling of the situation. The accounts cited in the report have been shut down by Twitter after a congressional investigation established their link to Internet Research Agency.

“You want to reach your average American, which is clearly their goal?” Clemson associate professor Darren Linvill asked. “Then talk about football.”

Clemson researchers believe that other accounts linked to Internet Research Agency have surfaced to fan the flames of other controversial sports topics like Colin Kaepernick’s Nike campaign and the U.S. Open tennis final between Serena Williams and Naomi Osaka.