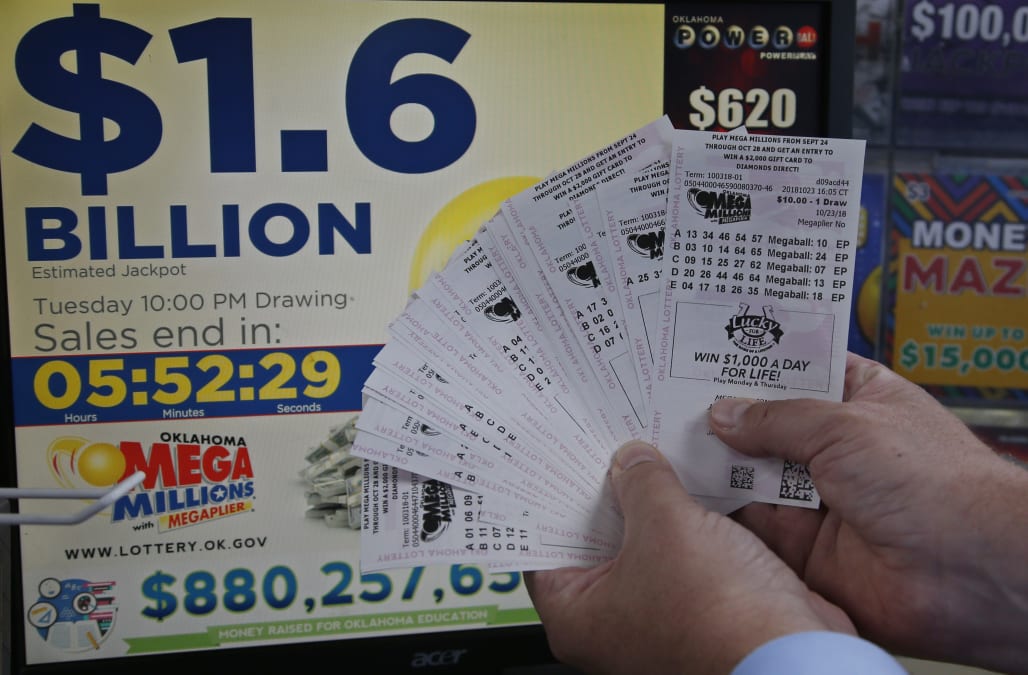 DES MOINES, Iowa (AP) — The winning numbers have been drawn for the record $1.6 billion Mega Millions lottery jackpot, but it isn't immediately clear if there's a winner.

The estimated jackpot is the largest lottery prize ever . The jackpot has been growing since July, when a group of California office workers won $543 million.

If no tickets match the Tuesday numbers, lottery officials say the jackpot is expected to grow to an estimated $2 billion for Friday's drawing.

It costs $2 to play the game, but the odds of matching all six numbers and taking home the grand prize is a dismal 1 in 302.5 million.

Mega Millions is played in 44 states as well as Washington, D.C., and the U.S. Virgin Islands.

More from Aol.com:
Mega Millions, Powerball prizes come down to math, long odds
US gets lottery fever as jackpots rise to $2.2 billion
No winners drawn in Saturday night's Powerball drawing, sending its jackpot soaring over $620 million while Mega Millions is over $1.6 billion