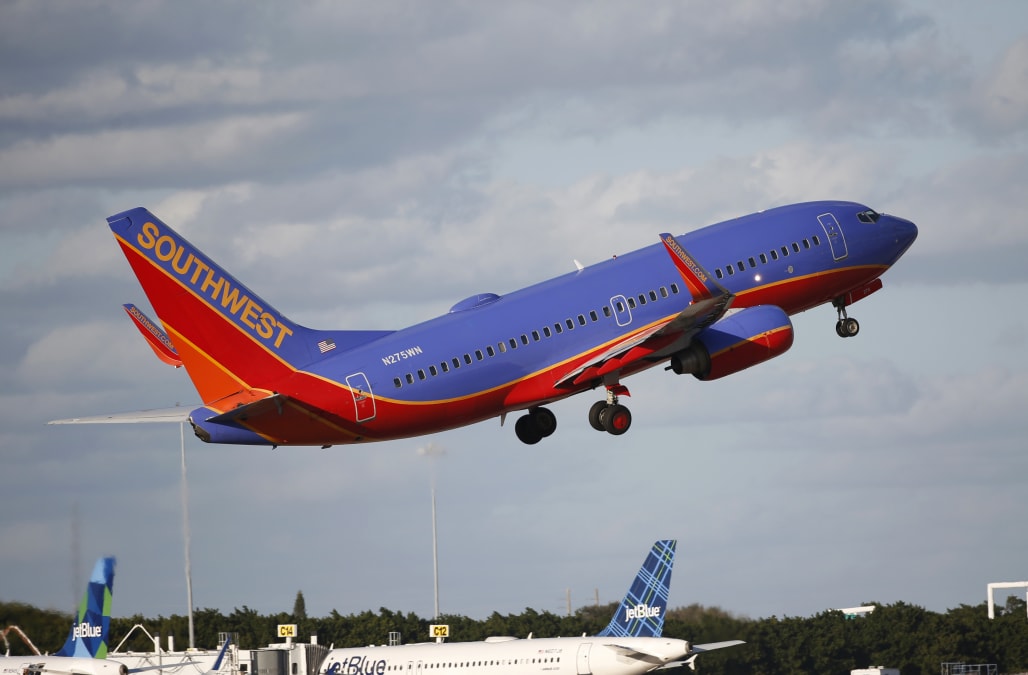 A man who allegedly groped a woman during a flight told authorities after he was arrested that “the president of the United States says it’s OK to grab women by their private parts,” according to a complaint by the FBI.

The passenger, Bruce Michael Alexander, was likely referencing Donald Trump’s remark in an infamous 2005 “Access Hollywood” recording that he could grab women “by the pussy.”

The complaint, filed Monday, alleges that Alexander “made abusive sexual contact” with a female passenger on a Southwest Airlines flight from Texas to New Mexico “by touching the passenger’s breast, without their permission.”

The female passenger has accused Alexander ― who was sitting in the row behind her ― of touching her “no less than three times,” recounting that she saw “a hand that had thick fingers, were hairy and dirty fingernails.”

The first incident allegedly occurred early in the flight when the woman ― who had fallen asleep ― felt her clothes move “and a touching of fingers on her right side at and around her ‘bra line.’”

Approximately 30 minutes after that, the woman said, she again felt Alexander grab the back of her arm before slowly groping her right side.

In a statement to HuffPost, Southwest Airlines said that in light of the incident, the airline is “continuously reviewing and updating” the training of staff “as necessary.”

Alexander appeared before a federal court in Albuquerque, New Mexico, on Monday and remains in federal custody pending a preliminary and detention hearing, both of which are scheduled for Tuesday.

If found guilty, he faces a maximum penalty of two years imprisonment and a $250,000 fine.

Southwest Airlines did not immediately respond to HuffPost’s request for comment.