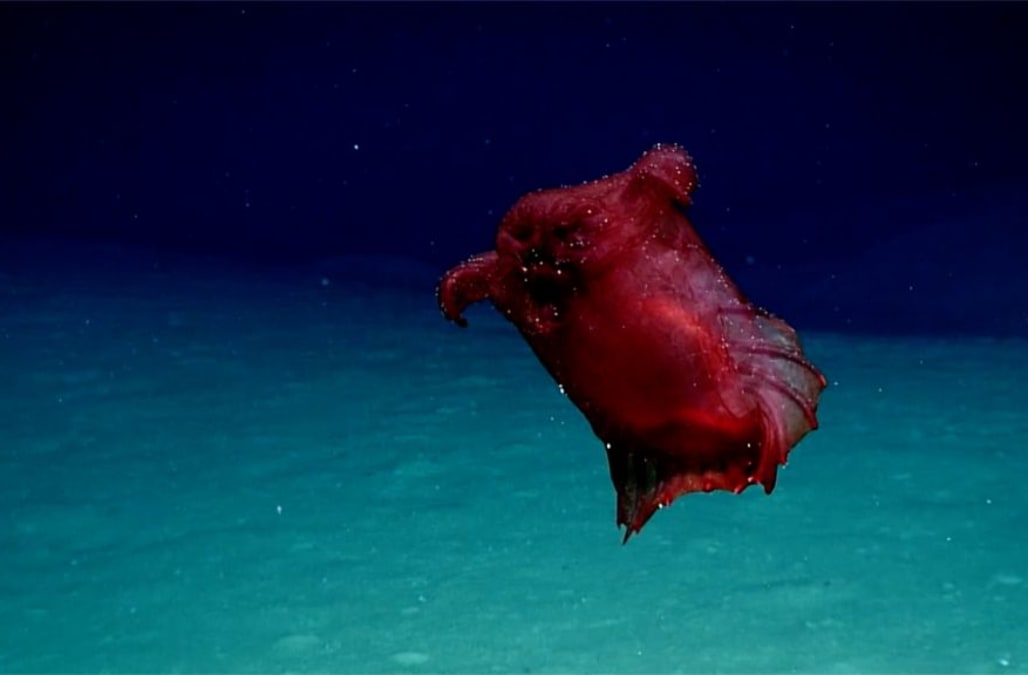 A bizarre sea creature known colloquially as the “headless chicken monster” has been photographed in the Southern Hemisphere for the first time.

The “headless chicken monster” is actually a deep-sea swimming cucumber that was previously filmed only once before, in the Gulf of Mexico, according to ABC7.

Although most species of sea cucumbers are stuck on the sea floor, the “headless chicken monster” has developed webbed, veil-like body parts that allow it to swim through the ocean.

Although this species of sea cucumber, Enypniastes eximia, is also known as the “Spanish dancer,” it doesn’t do much dancing.

Instead, it feasts on organic material found on the ocean floor by “walking” along the bottom and using its tentacles to grab food.

In addition to being headless, the chicken monster is mostly transparent, so people can see the food working its way through its intestines, according to The Washington Post.

“We needed something that could be thrown from the side of a boat and would continue operating reliably under extreme pressure in the pitch black for long periods of time,” Australian Antarctic Division program leader Dirk Welsford told the Post. “Some of the footage we are getting back from the cameras is breathtaking, including species we have never seen in this part of the world.”