Five reasons the Dodgers are going back to the World Series 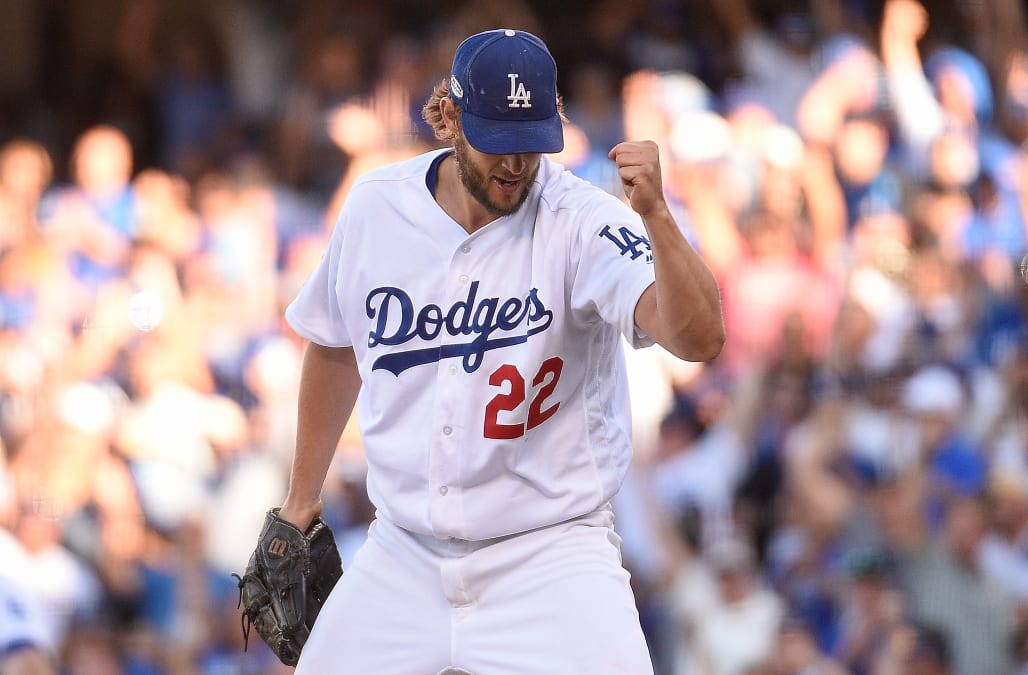 The Los Angeles Dodgers punched their ticket back to the World Series Saturday night, topping the Milwaukee Brewers 5-1 in Game 7 of the National League Championship Series.

Los Angeles will now look to complete what it couldn’t in 2017, and that’s bringing home the franchise’s first World Series championship since 1988.

By no means was it an easy path for the Dodgers. They started the season 16-26, but rebounded. Had the regular season ended on Sept. 13, they would not have made the postseason. They rebounded from that too, forcing a Game 163 against the Colorado Rockies to win the division. Then after beating the Atlanta Braves in four games in the NLDS, they had to go the distances to take out the Brewers.

There were big hills and some close calls too along the way, but what matters is that the Dodgers are back in the World Series. Awaiting them now will be their toughest challenge against a rested and relentless Boston Red Sox squad.

Soon we’ll preview how the Dodgers match up with the Red Sox. Here, we’ll zero in on the postseason and look at five reasons the Dodgers have been able to dispatch the Braves and Brewers, setting the stage for a World Series showdown.

It was only fitting that as the Dodgers counted down the final three outs to their pennant-clinching win, it was Kershaw who recorded those outs. The Dodgers longtime ace has used this postseason as his strongest case yet against a postseason narrative that’s labeled him a choker.

Yeah, he had a stray rough outing in NLCS Game 1, which the Dodgers lost 6-5. But every pitcher has those. In his other three outings, including his relief appearance in Game 7, he’s allowed one run in 16 innings. He’s still the guy the Dodgers want on the hill when it matters most, and despite the narrative he’s still the guy that gets it done far more often than not.


Chris Taylor will never have to pay for another dinner in Los Angeles.

He cemented his place in Dodgers lore during Game 7 of the National League Championship Series after making a crazy catch that saved a run and possibly the Dodgers season.

Taylor sold out to rob Milwaukee Brewers’ slugger Christian Yelich of at least a game-tying double during the fifth inning. Instead of Milwaukee tying the score, Los Angeles held on to its one-run lead. Then, in the next half inning, Yasiel Puig padded the lead with a three-run home run. One play helped change the outlook of a must-win game entirely.

(AP Photo/Jeff Roberson)
Manny Machado has been a great rental

Manny Machado’s baserunning antics and his preference to not always hustle have gotten the headlines, but we can’t overlook his performance. And by performance we don’t mean his WWE-style milking of the intense disdain thrown his way by Brewers fans. We mean his production on the field.

He’s had some bad games to be sure, but he’s also been in the middle of some important Dodgers rallies during the postseason. In fact, he’s been a Dodgers rally all by himself more than once after delivering three homers during the first two rounds.

Machado was acquired at the trade deadline for just these moments. With Corey Seager done for the season, Los Angeles needed that steady bat at shortstop. In all likelihood, Machado will quickly move on in free agency this winter, but he’s already proven to be a worthwhile three-month rental.

(AP Photo/Jae Hong)
The bullpen is getting it done

Lost in all the talk about the Brewers pitching strategy is just how good the Dodgers’ bullpen has been in October. With 4 1/3 scoreless innings in Game 7, Dodgers relievers lowered their postseason ERA to a sparkling 1.29.

The bullpen was top 10 in the regular season too in ERA, so it’s not like the pieces for success weren’t here. But there definitely were shaky moments down the stretch, particularly when Kenley Jansen was coming back from his heart issue. Jansen has been lights out during the NLDS and NLCS, and his fellow relievers have followed suit.

The polarizing Dodgers outfielder has been hitting nerves and striking poses again in October, and we’re here for it. Puig was especially enthusiastic during NLCS Game 7 after launching a series-sealing three-run home run.

There was a bat flip, a tongue wag and a few other gestures too.

Puig had three hits in the pennant-clinching win, and is now hitting .333 during the postseason. More importantly, the Dodgers are winning and he’s having more fun than anyone on the field.

(AP Photo/Jeff Roberson)
Up Next