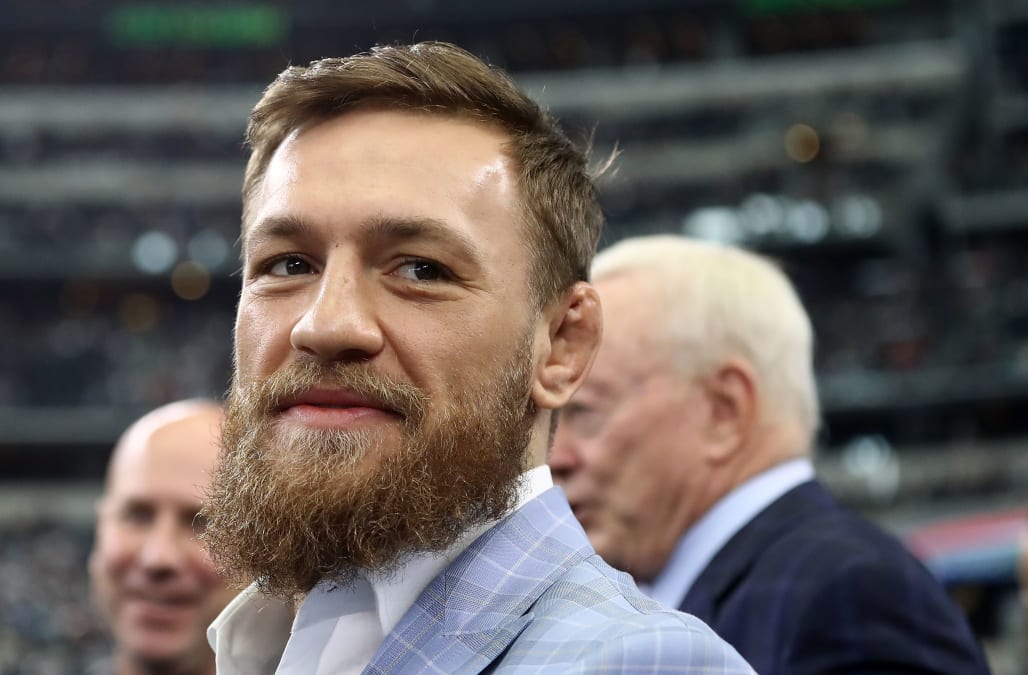 Conor McGregor gave a Boston firehouse a massive surprise over the weekend.

According to Page Six, the controversial MMA fighter — just weeks removed from being defeated by lightweight champion Khabib Nurmagomedov at UFC 229 — stopped at a Back Bay firehouse bearing gifts. He brought them a truck full of his Proper No. 12 whiskey, and one more thing that many Boston residents desperately want: World Series tickets.

McGregor gifted the firehouse 10 tickets for an upcoming World Series game between the Los Angeles Dodgers and Boston Red Sox.

“You guys are true, proper heroes,” the UFC fighter said when he surprised Beantown’s Back Bay firehouse. “It’s an honor to be here and see this true, proper fire station. We brought gifts — tickets to the World Series. That’s [out of] respect for you guys.”

McGregor apparently had a great time visiting the firehouse. He slid down the fire pole while wearing a fireman’s hat, and FaceTimed with the kids of many of the firefighters. McGregor visited the firehouse as part of his tour to promote his Proper No. 12 whiskey, and $5 from every case sold will be donated to first responders.

There is one small “problem.” Those 10 tickets will have to be somehow shared in a firehouse with way more than 10 guys. But the fire chief was in pretty good spirits about it.

The source exclusively told us the fire chief joked to the Irish athlete of the tickets to see the Red Sox play the Dodgers, “That’s great! I have 40 guys here — we’ll have to fight for these like you.”

Hopefully an unsanctioned MMA fight doesn’t break out among the firefighters and the fire chief can find a less hardcore way to distribute the tickets.