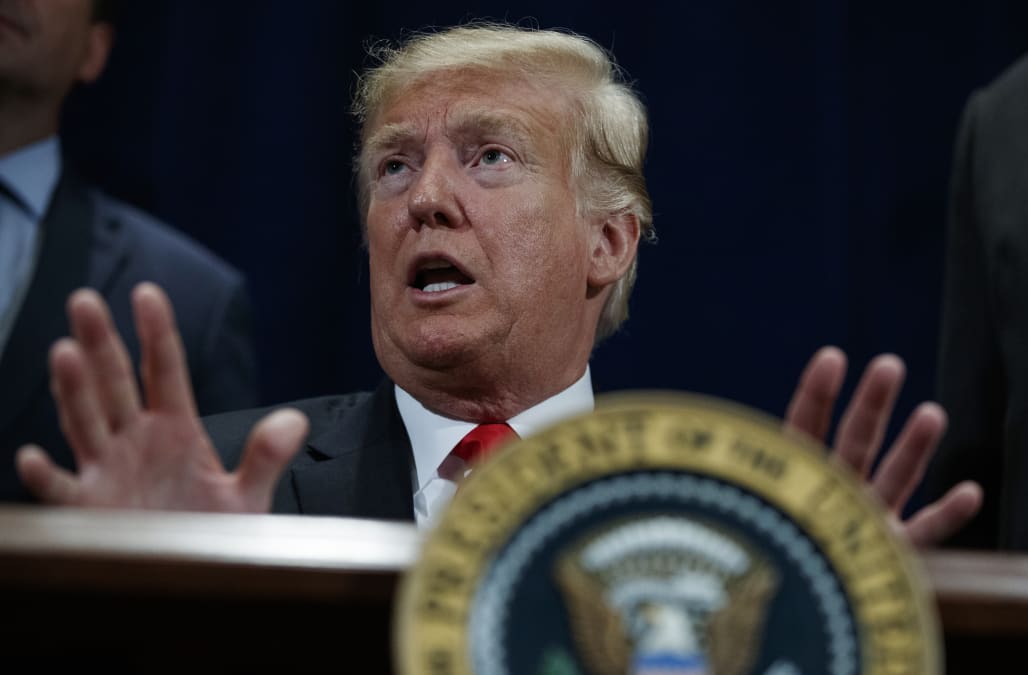 For reasons unknown, President Donald Trump on Friday decided to explain one of his grammatical decisions:

When referring to the USA, I will always capitalize the word Country!

Our country’s great First Lady, Melania, is doing really well in Africa. The people love her, and she loves them! It is a beautiful thing to see.

This is a very important time in our country. Due Process, Fairness and Common Sense are now on trial!

Hard to believe that with thousands of people from South of the Border, walking unimpeded toward our country in the form of large Caravans, that the Democrats won’t approve legislation that will allow laws for the protection of our country. Great Midterm issue for Republicans!

His bizarre brag did not go unnoticed by fellow Twitter users, however:

When referring to Donald Trump, I will always add air quotes to the word “President”!

When referring to president I will always mean Obama

Let me rephrase this one for you. Consider it my gift to you today.

"When referring to the USA, I will always capitalize on our Country!"

Well, thank goodness the PRESIDENT OF THE UNITED STATES took this time to share his commitment to the bastardization of capitalization. I feel much safer now.

"When you're a star, they let you change the rules of language. Grab lower case, replace it with upper case. You can do anything."

I wIlL aLwAyS cApItAlIzE cOuNtRy pic.twitter.com/RlQZIuNKLr

Go back to grade school and learn capitalization rules for the English language. It’s different than der Deutsche, Herr Drumpf.

More from HuffPost US:
Twitter explodes after 'psychopath' Donald Trump cheers body-slamming of reporter
Trump threatens to order military to 'close our southern border' over immigration
CNN's Jake Tapper: Donald Trump is tougher on Taylor Swift than on Saudi Arabia