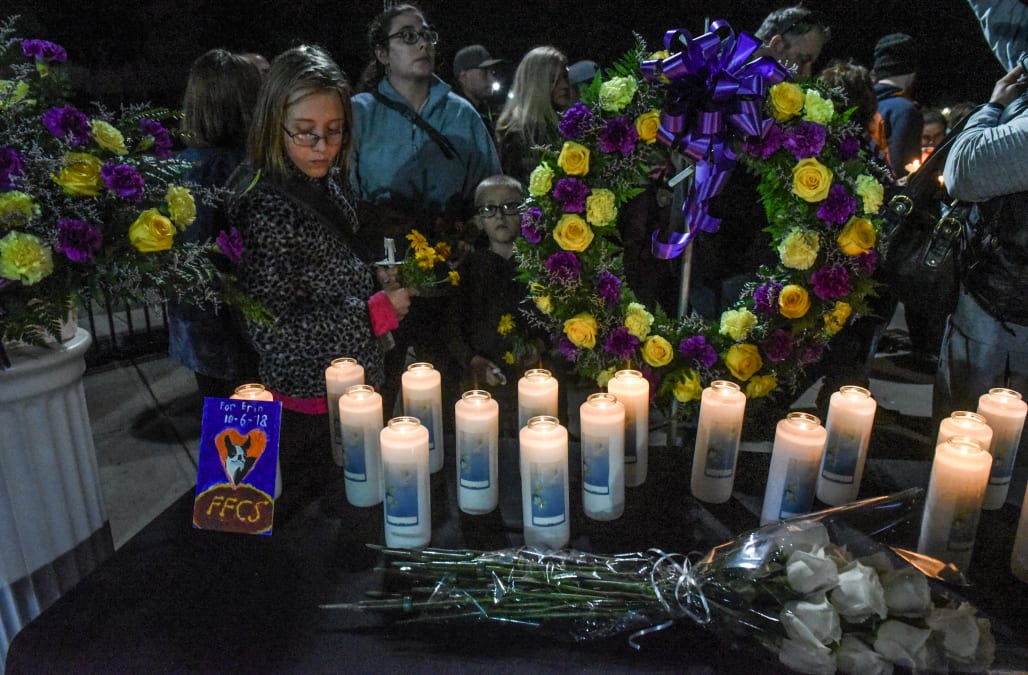 It was supposed to be a fun night out for their daughters, a party at a brewery in upstate New York for the 30th birthday of the youngest of the four women.

Tom and Linda King instead received the devastating news on Oct. 6 that all four of their daughters died in a limousine crash on the way to the party along with three of their husbands in a tragedy that claimed a total of 20 lives.

The couple from Amsterdam, New York, spoke with The New York Times about coming to grips with the loss of four of their seven children - Mary, Allison, Amy and Abigail - in one night.

"It's going to be down the road, three or four months from now, when it really hits us,'' Tom King told the Times.

"You know, your kids go off to college and other places. Sometimes you don't see them for several months. Eventually, we'll realize they aren't coming home."

The operator of the limousine company has pleaded not guilty after being charged with criminally negligent homicide following the deadliest U.S. transportation accident in nearly a decade.

(Photo: Facebook)
In this undated photo provided by Karina Halse, her sister Amanda Halse and boyfriend Patrick Cushing pose for a photo. The two were killed when a limousine they were riding in crashed Saturday, Oct. 6, 2018, in Schoharie, N.Y. (Courtesy of Karina Halse via AP)

This April 19, 2018, photo provided by Living Resources Corporation shows Amanda Rivenburg. Rivenburg was killed when a limousine she was riding in crashed Saturday, Oct. 6, in Schoharie, N.Y.

(Photo: Facebook)
SUNY Oswego Professor Brian Hough is one of the 20 victims in this weekend's limo crash in Schoharie. A family spok… https://t.co/PesHfsLf84
The driver in the upstate crash that left 20 people dead over the weekend has reportedly been identified as Scott L… https://t.co/5cHLiZisLj
Up Next

The crash occurred when the limousine came flying down a hill, ran through a stop sign at an intersection and crashed into a parked SUV, killing everyone in the limo as well as two pedestrians, police said.

The Kings first heard of the crash through Facebook and immediately texted their daughters, but received no response.

"The coroner told the sheriff that the kids didn't suffer," Linda King told the Times. "It was immediate."

The party in Cooperstown was to be for Amy Steenburg, who died with her husband, Axel, as well as Axel's older brother, Richard. Abigail and Adam Jackson, Mary and Robert Dyson, and Allison King all lost their lives, making orphans of three of the Kings' grandchildren, all of whom are 4 years old or younger.

The children will be going to live with the parents of their sons-in-law, the Kings said.

"We love our grandchildren, but realize we physically can't care for them full time,'' Tom said.

The couple has saved newspaper articles about the crash for the children to have one day.

"I think they will want to read these stories when they get older,'' Linda said.

The family has been heartened by the massive outpouring of support, which included a local vigil attended by about 2,500 people and a public funeral in which hundreds of mourners packed a church in Amsterdam.

The condolences have come from all over the country.

"I saw a Nebraska address on a bouquet of flowers that arrived," Linda said. "We don't know anyone in Nebraska."