Woman who blocked neighbor from entering his home speaks out 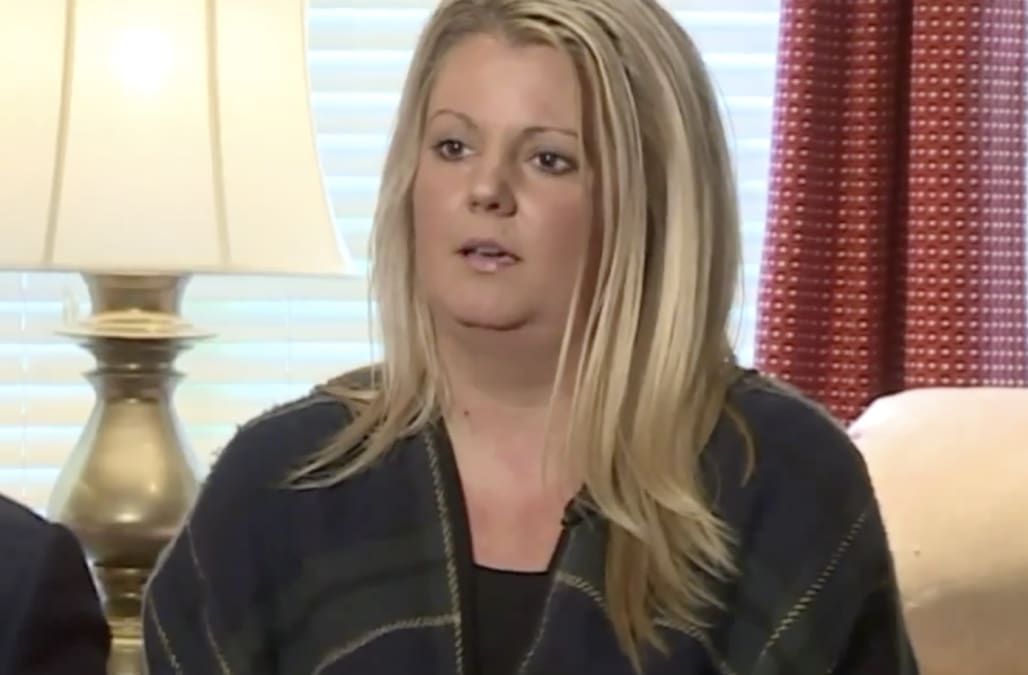 Hilary Thornton made national headlines earlier this week when her neighbor, a black man named D’Arreion Toles, recorded her blocking his entry into his own apartment building before following him into the elevator and to his apartment door and actually calling the cops on him after watching him enter his home using his own keys. The video quickly went viral.

Less than 24 hours later, Thornton, who is white, was fired from her job at real estate management company Tribeca-STL — which is not affiliated with the building — for racial profiling. Now Thornton is speaking out about the debacle, claiming she was following safety instructions from the building’s condo board.

The St. Louis resident sat down with a reporter from local station KTVI for a televised interview, in which she said, “So when I noticed an individual that I did not know, my only intent was to follow the direction that I had been given by our condo association board members repeatedly — and that is to never allow access to any individual that you do not know.”

Thornton said on the day in question, she had the building’s front door cracked to allow her dog outside access, and Toles — who we learned previously had just returned home from working late — approached to walk in. Thornton said since she didn’t recognize Toles, she asked him to show her a key fob to prove he lived there, but he refused.

In the video Toles shot and shared on Facebook, Thornton is heard asking if Toles is a resident and demanding that he share his unit number with her. “If you want to come into my building,” she begins to say, as Toles interjects, “It’s not your building. You’re not the owner.” Thornton refuses to back down and leave the entryway, and Toles eventually pushes past her.

Thornton — who is still legally married to an African-American man, according to KTVI — told the news station that in addition to losing her job, she’s been getting death threats and is being branded a racist online. “There are truly no words” to describe the feeling, she told the reporter. “[It’s] absolutely false and heartbreaking, and those are words that truly cut deep.”

But a fellow resident at the Elder Shirt Lofts building, Lynn Schlosser, commends Thornton’s actions. Asked if she’d have done the same thing, Schlosser says, “I do it all the time. I’ve had even UPS drivers, FedEx, and they’ll stand there … and I’ll say, ‘I’m not gonna even let you in. Unless you buzz the resident you’re going to or have your code.’ It’s in order to protect everyone that lives there.” Schlosser said she was mugged one year ago right at that very door.

Thornton insists she was not doing anything wrong and has “upheld” what her building has asked of her as a tenant to the “fullest extent.”

Toles, who posted the original video to his Facebook, followed up to say he hopes to “turn this negative into a positive” and that he does not intend to “bash” Thornton, but rather send her “positive waves of energy … we only get one life so let’s make the most of it & be great, no time for negativity!”

Yahoo Lifestyle has reached out to Toles for his reaction to Thornton’s latest interview and will update this story when he responds.

More from Yahoo Style:
Meghan Markle shows love for pal Serena Williams by wearing one of her blazers — and it's already sold out!
Meghan Markle pays stylish tribute to Princess Diana during first outing since announcing her pregnancy
Princess Eugenie wore a 'fun and free-spirited' custom 'Mrs Brooksbank' bridal biker jacket on day 2 of the wedding celebrations