‘I don’t give a damn': secret service agent blocks reporter from questioning Kushner 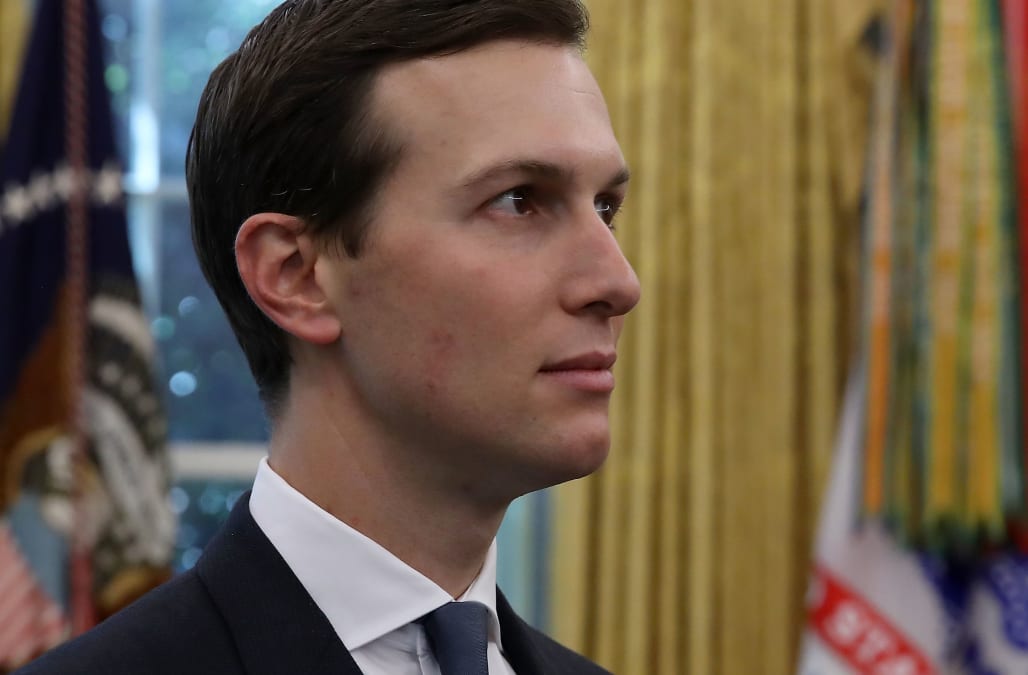 A Secret Service agent blocked the phone of a CBS reporter who was attempting to ask White House senior adviser Jared Kushner a question on Tuesday and told the journalist he didn’t “give a damn” who he was.

CBS correspondent Errol Barnett wrote Tuesday that both Kushner and his wife, Ivanka Trump, daughter of President Donald Trump, were on board his commercial flight from Washington, D.C., to New York City. Barnett said he planned to ask the couple some questions, but his recorded attempt later was thwarted by an irked Secret Service agent who told him there was a “time and a place” for such queries.

When Barnett tried to identify himself as a reporter, showing his credentials, the agent replied: “I don’t give a damn who you are.”

Jared Kushner did not answer my question and the secret service informs me, while obscuring my phone, that despite identifying as WH press, there is a “time and a place” for questions.

It is unclear when and where that is. pic.twitter.com/KRzlj3hrqw

It’s unclear what Barnett was attempting to ask Kushner, but CNN reported the journalist may have been trying to ask about the disappearance of Washington Post columnist Jamal Khashoggi. Kushner has allied himself with Saudi leadership and is close with Crown Prince Mohammed bin Salman. Saudis are suspected of having the U.S. resident killed on Oct. 2 at a consulate in Turkey.

The Secret Service said late Tuesday it was reviewing the incident and would take “appropriate action” if necessary.

Kushner’s camp isn’t the first to be involved in a kerfuffle in recent days. Last weekend, Sen. David Perdue (R-Ga.) appeared to grab a cellphone from a university student who was asking the lawmaker about voter suppression in the state. His team later characterized it as a misunderstanding.

Many Republican lawmakers and members of the Trump administration have been approached and criticized in public in recent months, including Homeland Security Secretary Kirstjen Nielsen, Sen. Ted Cruz (R-Texas) and Senate Majority Leader Mitch McConnell (R-Ky.).