Father of woman stabbed 123 times by husband who blamed cold medicine: 'I think about it every day' 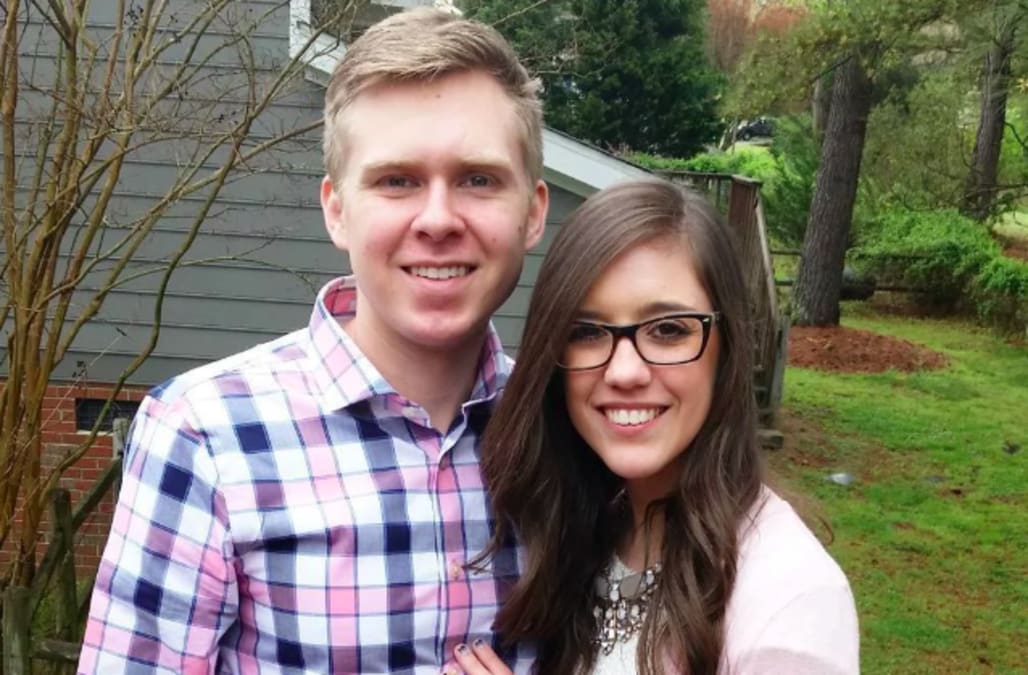 The family members of a woman who was brutally murdered by her husband spoke out in an interview with Good Morning America to warn others about the signs of domestic violence.

Matthew Phelps, 29, was sentenced earlier this month to life in prison without the possibility of parole in the September 2017 stabbing death of his wife, 29-year-old Lauren Phelps.

Phelps called the police on the night of the incident to report that his wife had been murdered and that he may have killed her, adding that he had taken cold medicine and couldn't remember exactly what happened.

The body of Lauren Phelps was discovered in the fetal position inside of the recently-married couple's home and an autopsy report later revealed she had been stabbed 123 times in her face, neck, torso, arms and jugular vein.

"I have blood all over me and there's a bloody knife on the bed, and I think I did it," Matthew Phelps told a 911 dispatcher at the time. "I can't believe this."

The victim's family members, however, say they do not buy the convicted killer's cold medicine haze story at all.

"He planned the whole thing from the get-go in my opinion, right from day one to the end," the victim's father, Dale Hugelmaier, told Good Morning America on Wednesday. “The last time I saw my daughter ... she was nervous and a little edgy and it didn’t look Lauren at all. She looked a mess."

Court documents from April 2018 revealed martial problems between Phelps and his wife, Raleigh's the News & Observer reported. Friends told investigators that the couple often argued over Matthew's spending habits and that Lauren had planned to end the marriage.

The slain woman's sister, Beth Agner, told Good Morning America that she had spoken to Lauren on the phone about her husband's alleged infidelity just hours before she was murdered.

"I think, that night when he left with another woman, she just said, 'I'm done. I can’t do it,'" Agner told the outlet. "That was the night he killed her."

Hugelmaier said his biggest regret is not picking up on signs of possible domestic abuse earlier on and asking his daughter "questions about what was going on."

"I think about it every day. What I did wrong. What I missed. Till this day I just regret not knowing or keeping my eyes open and watching. I just took everything as is."