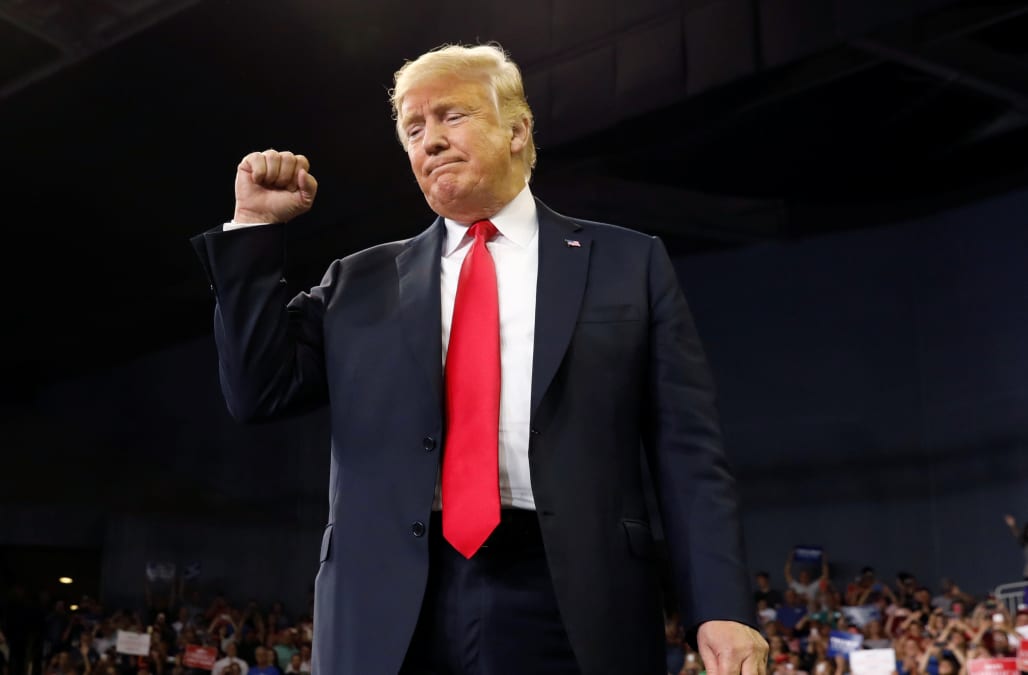 WASHINGTON — President Trump has raised more than $100 million toward his re-election bid, a staggering sum more than two years before the 2020 presidential campaign.

The president's fundraising total, which includes his official campaign and two other joint accounts, raised about $18 million between July and September. That brings his fundraising total since January 2017 above the $100 million mark. And he closed September with almost $47 million in the bank.

The latest numbers, filed with the Federal Election Commission on Monday's quarterly fundraising deadline, provide a new glimpse as to how Trump is stockpiling money for his re-election at a historic rate and how he's choosing to spend that money.

Trump's fundraising bonanza has been boosted significantly by small-dollar donations, with his campaign committee having raised a majority of its funds from donations of less than $200.

But he's also wooing large donors through his joint fundraising committees, which are set up primarily to take in donations that can be split across multiple accounts. Venture capitalist Peter Thiel cut one of those campaigns a $250,000 check, for example.

Trump's campaign spent $7.7 million over the last three months, including more than $1.5 million on legal expenses and about $1.6 million on advertising with a group called American Made Media Consultants.

The New York Times reported that the company is the brainchild of Trump campaign aides and is being used to purchase advertising for the campaign.

The campaign also donated $2,000 to 107 separate Republican candidates across the country.

Trump has made no secret about his campaign's aggressive effort to prepare for re-election — he filed paperwork for his re-election on the day of his inauguration and he's taken aggressive aim at potential Democratic opponents on the stump.

But having such a robust re-election effort less than two years into a presidency is rare.

By this point in President Obama's first term, through September of 2010, the then-president hadn't kicked off his re-election fundraising yet and had just $2.3 million in his bank account.