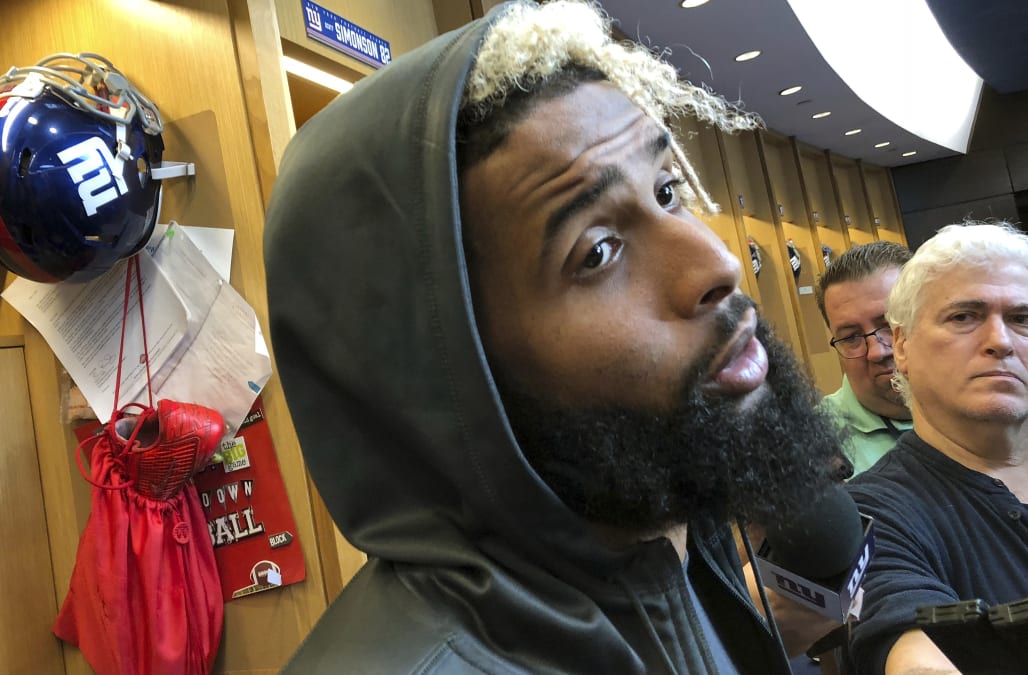 Giants owner John Mara is ready for Odell Beckham Jr. to start making headlines on the field and cease fire behind the microphone.

"I think he needs to do a little more playing and a little less talking," Mara said at the NFL fall owners meetings on Tuesday.

Off to a 1-5 start and with critics lining up to rip quarterback Eli Manning, Mara said the team is embarrassed to be at the bottom of the NFC East and NFL standings with one victory entering Week 7.

"It's not just him," Mara said of Manning, who took multiple questions last week about his ability to play at a high level in the aftermath of last week's loss to the Philadelphia Eagles. "It's pretty disappointing. I'm sick about it.

"When you're 1-5, generally it means everybody has to play better."

Mara said he did not confront Beckham about comments made to ESPN, but Fox Sports reported the wide receiver was fined. He also was asked by coach Pat Shurmur, described in the Fox report as 'livid,' to apologize to the team for being critical of Manning and the offense in general.

The Giants remain convinced they drafted the best player available at No. 2 in the 2018 draft when running back Saquon Barkley, and not USC quarterback Sam Darnold, was selected. Darnold went one pick later to the Jets.

With Manning's production down, media coverage has focused on the Giants passing on a passer for a running back, a position at which difference-makers can historically be found later in the draft.

Mara said he still believes Barkley was "the best player in the draft."

Beckham signed a six-year, $103 million contract before the start of the 2018 season and said at the press conference announcing the deal that he had learned from past flare-ups on and off the field.

In the latest episode of I AM MORE with Uninterrupted, Beckham said he will not apologize.

Beckham said in the episode his delivery could have been better.

Mara said Tuesday he has confidence the right staff is in place -- general manager Dave Gettleman and Shurmur -- to produce winning results.