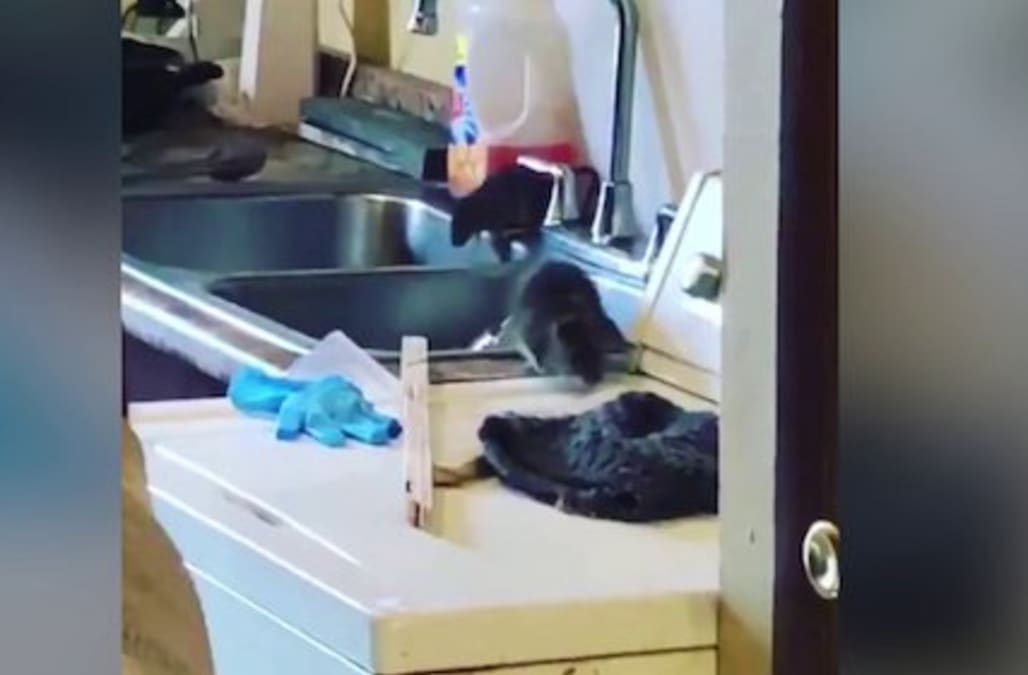 Disturbing footage has emerged from a New York City apartment complex that residents say is overrun by unusually large rodents.

Multiple people living at the Claremont Consolidated Houses in the Bronx, New York, told WPIX that the building's massive rodent problem, which allegedly began when the basement garbage compactor was shut down, has made it impossible and unsafe to continue living in their homes.

Resident Asia Clemente told the station that her 1-year-old son, Daniel, was bitten on the stomach by one of the invasive creatures, which have become so brazen that they will scamper across kitchen cabinets in full view and then beg for food.

At one point, Clemente says she discovered her three children huddled together, hiding in a corner because they were so terrified of the rats. Although the worried mother says she already requested a housing transfer, she is still waiting for an answer from the city.

Another resident told WNBC that he has woken up multiple times to find dead rats that had drowned in his toilet.

"We're getting tired of this every day — look, wake up and we see rats, not even mice, in our toilets," he told the station. "It's disgusting. We pay rent every month on time, and this is why we pay rent for?"

Michael Giardina, a spokesperson for the New York City Housing Authority, said in a statement that residents should not have to endure such living conditions.

"Since this first came to our attention, we have taken aggressive steps to address the current infestation by eliminating rodent access to the building and the apartments, which will also keep future rodents away," he said. "We apologize to our residents and will continue to vigilantly monitor this situation."