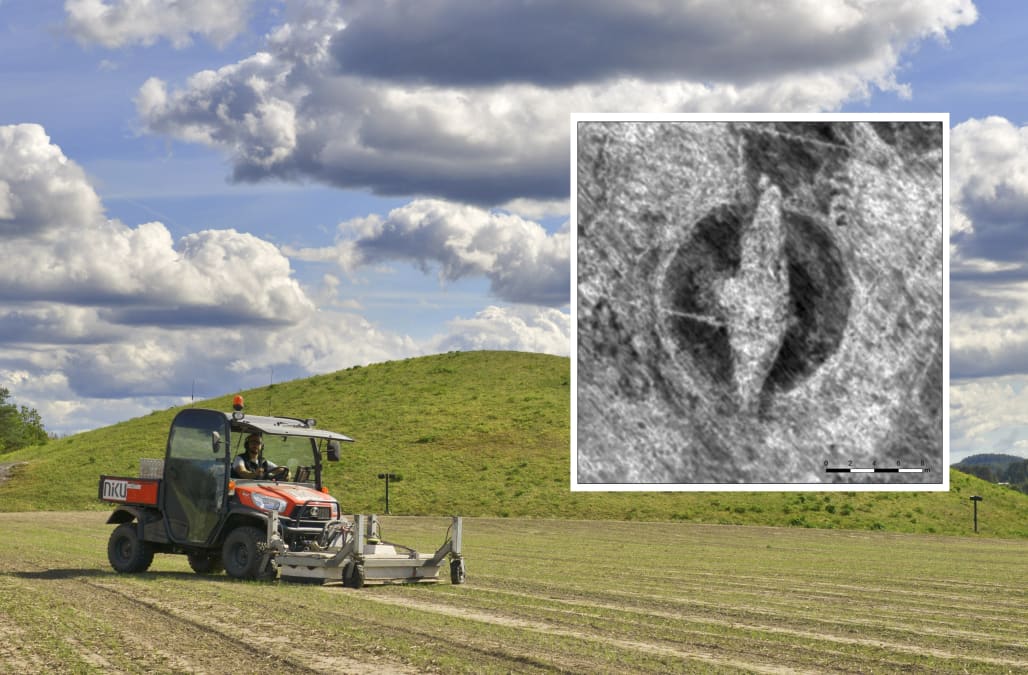 A more than 1,000-year-old Viking ship was recently found resting just twenty inches below ground on a farm in Østfold, Norway, reports the National Geographic.

It’s estimated to measure about sixty-six feet long and appears to be largely intact.

Ancient Viking ship found buried in Norway
The Viking ship was found by georadar at Viksletta right next to the monumental Jell Mound in Østfold. Photo: Lars Gustavsen, NIKU
The ship burial forms part of a larger mound cemetery and settlement site from the Iron Age next to the monumental Jell Mound. Illustration: Lars Gustavsen, NIKU
The outline of the Viking ship can clearly be seen in this image from the radar data. Image: NIKU
Up Next

Archaeologists using ground-penetrating radar also found what appears to be a number of graves, suggesting the vessel was buried as part of a funerary ritual, notes Gizmodo.

Its condition is unknown, with Knut Paasche, one of the researchers, commenting, “Yes there was a boat there, but it’s hard to say how much wood is left.”

To date, only three well-preserved Viking ships have been found in Norway.