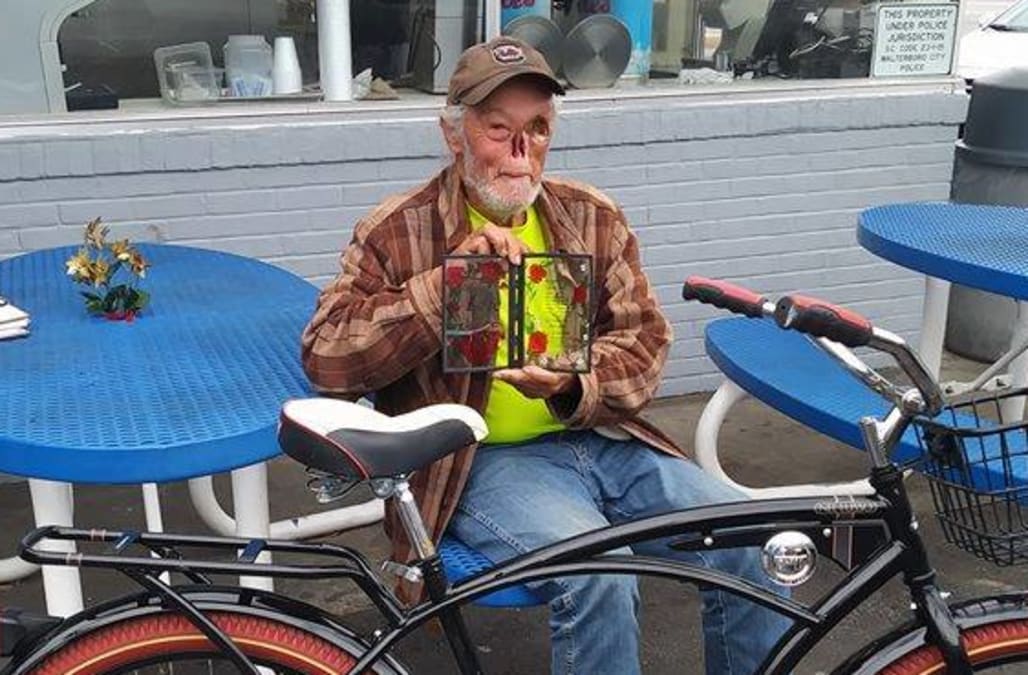 A cancer survivor is devastated after he claims he was asked to cover his facial scars by a store manager in Walterboro, South Carolina, CBS reports.

Kirby Evans, who lost his nose and one of his eyes during a battle with basal cell carcinoma, purchased a snack at Forks Pit Stop last Monday and sat down to eat when the manager allegedly told him he would have to cover his face if he wanted to stay at the location.

"It hurt deep inside," the cancer survivor told WCSC. "I've never been treated like that. Never."

In her post, which has been shared over 12,000 times, Evans claims the store's owner, Donna Crosby, grabbed her father by the shirt while telling him to cover his face or get out.

"He left and went home in tears to tell me what happened," Evans wrote. "My father was discriminated against because of the way he looks. He cannot help what the cancer did to him. My father is the strongest man iIknow (sic) but, as he told me what happened to him, I watched tears roll out of his eye. It hurt me to see him hurt like this, especially over something he cannot help."

In response to the uproar surrounding the incident, Crosby's husband told WCSC that his wife is extremely upset, and while she can't share details, she maintains that the store is being wrongfully vilified.

After Evans' Facebook post went viral, she created a GoFundMe page to benefit her father titled "Cancer does not discriminate."

Evans shared that her father is on a fixed income and cannot afford the necessary cosmetic procedures to fix the damage he sustained to his nose and eye. She added that he cannot wear an eye patch as "it rubs the eye socket raw."

At the time of publication, the fundraiser has already surpassed its $75,000 goal.