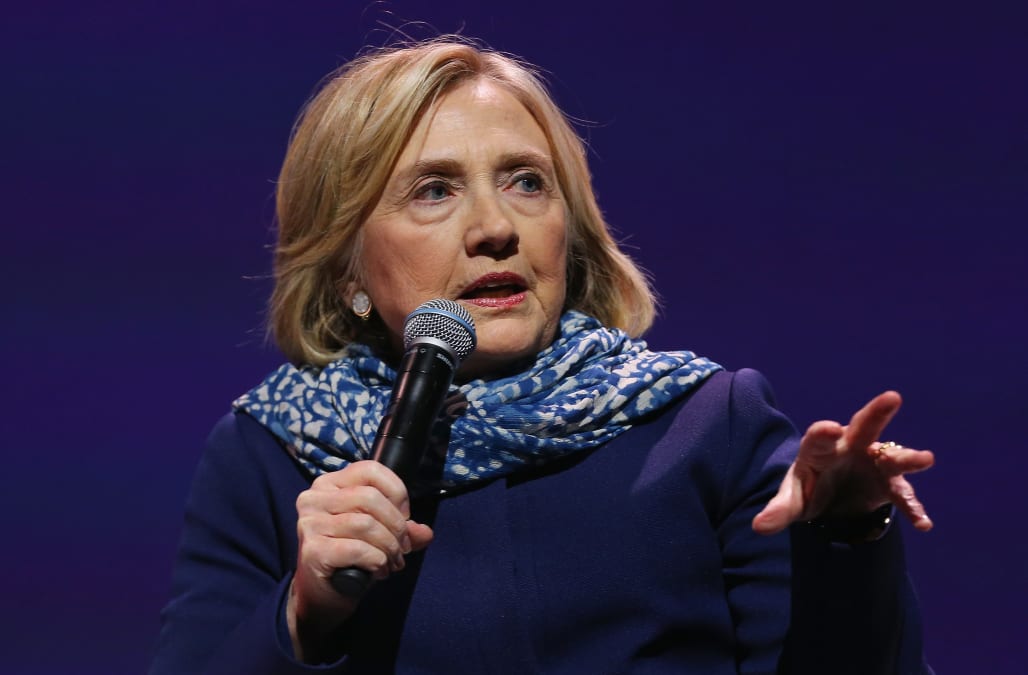 In the fight for control over Congress, it’s all hands on deck for the midterm elections. But as Democrats’ most famous faces seek to get out the vote, it appears the Clintons are being benched.

Following that humiliating loss in 2016, Hillary Clinton is being viewed by some candidates as “the kiss of death” for the upcoming midterms, relegating her to closed-door campaigning and keeping her away from cameras, according to a Democratic strategist who spoke with The Washington Examiner.

“Democrats don't want her to campaign for them because everywhere she goes she carries this stench of death and is the only political figure in America that is less popular than Donald Trump,” the strategist said. “That's a real testament to her.”

But it’s not just an unnamed source. Democratic Senator Dick Durbin tells the outlet the Clintons are waiting to make a “positive impact” until after the election. Then, there was this moment where Clinton said this.

“You cannot be civil with a political party that wants to destroy what you stand for, what you care about.”

Some Democrats, including Senator Heidi Heitkamp of North Dakota, disagreed with the comment saying how can you get anything done if you don't bring civility back into politics.

Clinton is set to headline a couple fundraisers with House Minority Leader Nancy Pelosi and a group, Onward Together founded by Clinton. According to the FEC it has given out over $100,000 to Democratic candidates and groups.

A spokesperson for Hillary Clinton did not respond to a request for comment to the Washington Examiner.