Trump again floats Ivanka as potentially 'incredible' UN ambassador but says he can 'already hear the chants of Nepotism!' 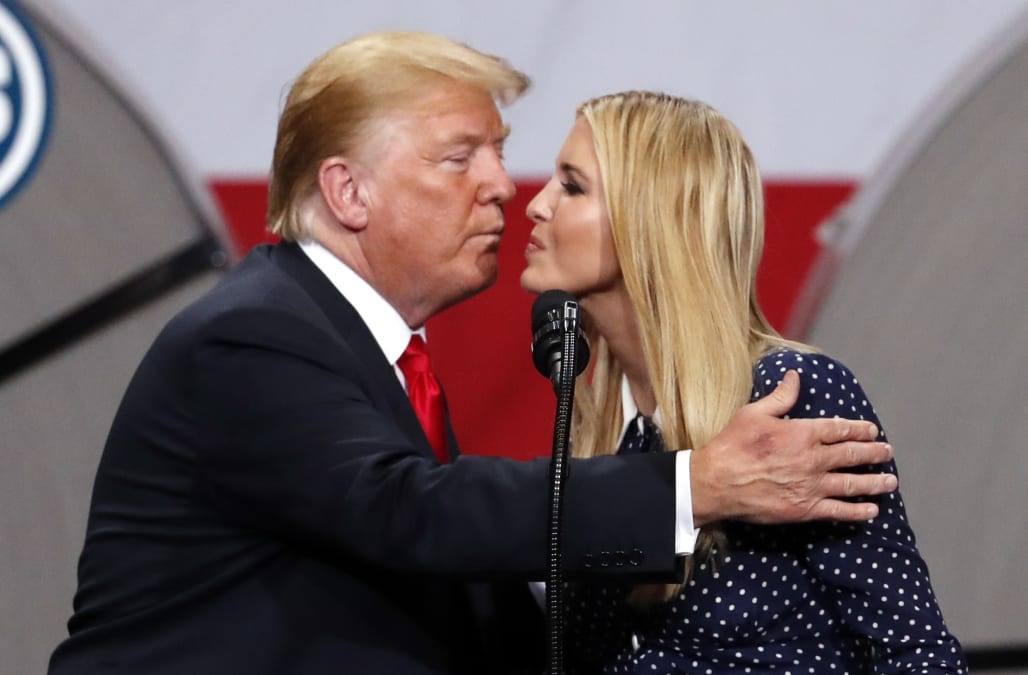 President Donald Trump spoke out Friday to support his daughter Ivanka as a potential successor to Nikki Haley as US Ambassador to the United Nations, but said the move would prompt "chants of Nepotism."

In a tweet, Trump said "everyone wants Ivanka Trump to be the new United Nations Ambassador," and that "she would be incredible, but I can already hear the chants of Nepotism!"

So nice, everyone wants Ivanka Trump to be the new United Nations Ambassador. She would be incredible, but I can already hear the chants of Nepotism! We have great people that want the job.

Ivanka, who is currently a senior White House adviser, became a prominent candidate after Haley announced her resignation earlier this week. Trump said hours after the announcement the first daughter "would be dynamite" in the role, but Ivanka shot down the rumors in a tweet.

The president has previously prompted concerns of nepotism with Ivanka and her husband Jared Kushner, who both joined the administration as senior advisers with no prior career government experience.

In her resignation announcement, Haley sparked interest when she glowingly praised the couple.

"I can't say enough good things about Jared and Ivanka," who she said "do a lot of things behind the scenes that I wish more people knew about."

Scores of Twitter users noted a bot that showed Ivanka had started following several defense-related Twitter accounts the day before.

Trump told reporters after Haley's resignation that he would announce a replacement in the next two weeks.

SEE ALSO: Kanye West gave an impromptu 'keynote' address standing on tables at an Apple Store after his Trump meeting

DON'T MISS: Stephen Miller's third grade teacher who said he ate glue as a kid has been suspended