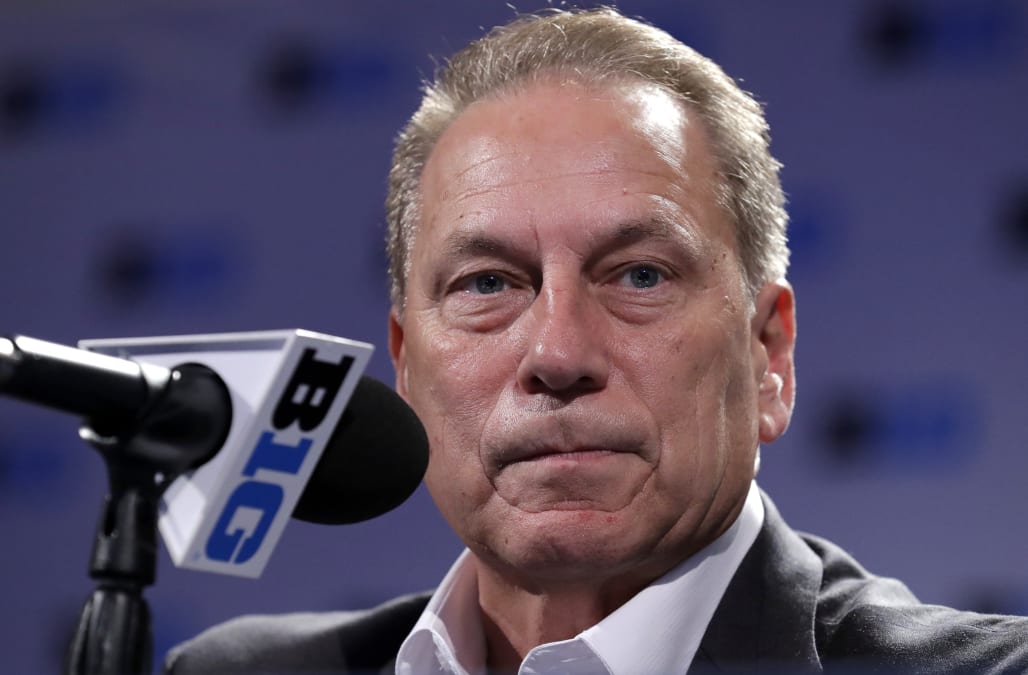 Michigan State basketball coach Tom Izzo had a lengthy discussion with reporters at Big Ten media day on Thursday. While he spoke about a number of topics, he spent a lot of time vehemently defending his handling of sexual assault allegations made against former players.

The allegations were originally brought to light in a January report from ESPN’s “Outside the Lines,” and accused Izzo, football coach Mark Dantonio, and former athletic director Mark Hollis of suppressing information and failing to act when players were accused of sexual assault. Izzo firmly denied that he mishandled any allegations against his former players. From the Detroit Free Press:

He also said that “procedures and policies were followed to the n-th degree.”

Izzo was specifically accused of mishandling two accusations against former player and student assistant coach Travis Walton. In 2010, Walton was accused of punching out a female Michigan State student at a bar, and was allowed to remain with the team. Several months later, Walton and two other players were accused of sexually assaulting a woman. When Izzo was asked whether he would handle Walton’s situation differently now, he maintained that he didn’t know about the bar incident. From ESPN:

“Would things be handled differently? I’m a little bit bothered to say yes. Every kid would be suspended for everything that happened. Some of those kids were suspended. It’s hard to suspend somebody on something you didn’t even know about. I can’t do that.”

Izzo was “insulted” by the suggestion that he wouldn’t kick a player off his team for sexual assault, saying that he’d removed players from his team for bad grades and drug use. But he also said that he couldn’t be the person deciding a player’s guilt or innocence.