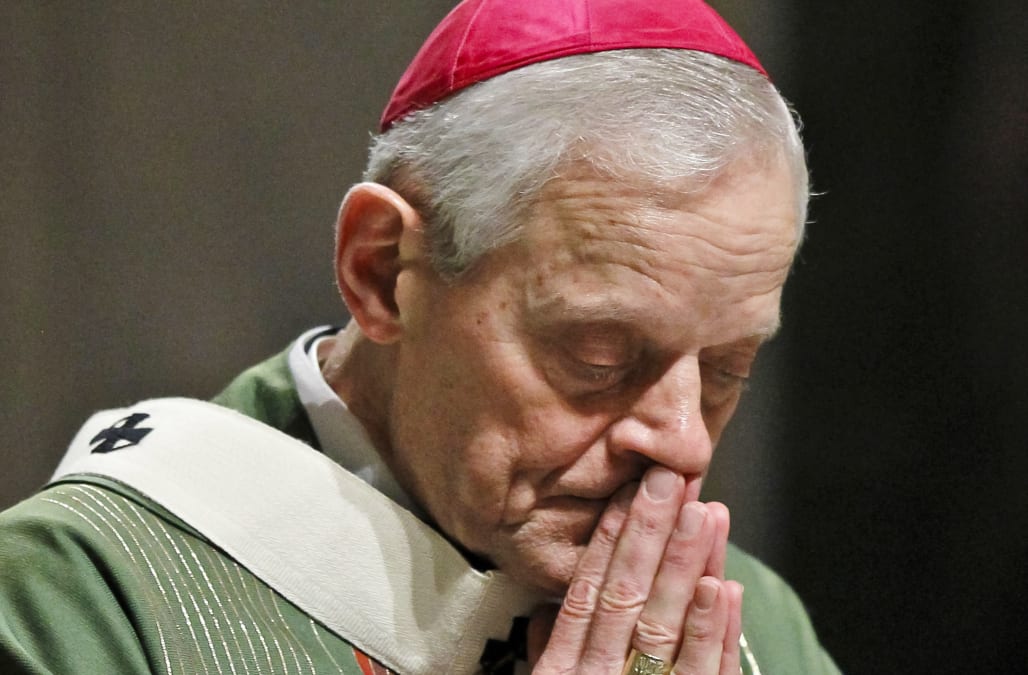 Pope Francis accepted the resignation of Cardinal Donald Wuerl, the archbishop of Washington, on Friday following weeks of uncertainty and anger over the cardinal's role in clergy sex abuse scandals.

Wuerl, who turns 78 in November, submitted his resignation three years ago at the age of 75, as in accordance with Catholicism's Code of Canon Law. However, Pope Francis did not accept the resignation until after Wuerl met with him last month and "requested that his resignation be accepted," according to the Vatican.

In a letter from the pope to the cardinal, the pope writes that he understands Wuerl's resignation request "rests on two pillars that have marked and continue to mark your ministry." One of those pillars, the pontiff writes, is "to seek in all things the greater glory of God and to procure the good of the people entrusted to your care."

Pope Francis also recognizes the scandal that has surrounded the cardinal following accusations in a recent grand jury report that Wuerl covered up sexual abuse by members of the clergy. However, the pope takes a softer stance concerning Wuerl's role in the scandal, and continues to pledge his support of the embattled cardinal.

"You have sufficient elements to 'justify' your actions and distinguish between what it means to cover up crimes or not to deal with problems, and to commit some mistakes," the letter states. "However, your nobility has led you not to choose this way of defense. Of this, I am proud and thank you."

Wuerl said in a statement that he is "profoundly grateful" to Pope Francis and "deeply touched by his gracious words of understanding." The cardinal acknowledges the scandal and the public's anger and apologizes for "any past errors in judgment."

"The Holy Father's decision to provide new leadership to the Archdiocese can allow all of the faithful, clergy, religious and lay, to focus on healing and the future. It permits this local Church to move forward," Wuerl said. "Once again for any past errors in judgment I apologize and ask for pardon. My resignation is one way to express my great and abiding love for you the people of the Church of Washington."

Despite his resignation, Pope Francis has asked the cardinal to remain as the apostolic administrator of the archdiocese until his role is filled.

More from US News:
Questions to Prep for a Market Correction
How Elder Orphans Can Receive Care as They Age
Homebuilder Stocks Face Threats as Bond Yields Rise