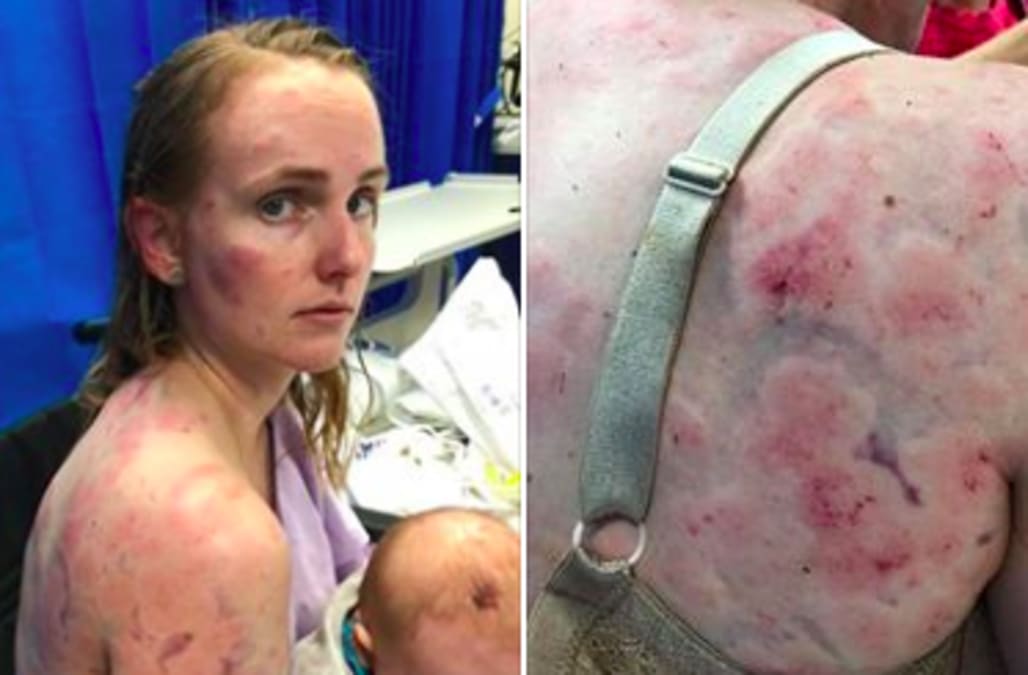 An Australian woman is being heralded online as the world's toughest mom over the horrific injuries she sustained while shielding her baby when they became trapped during a freak hailstorm.

Fiona Simpson, 23, was driving in southern Queensland with her 78-year-old grandmother and 4-month-old daughter, Clara, on Thursday when the weather suddenly took a turn for the worse, the Australian Broadcasting Company (ABC) reports.

Simpson told the outlet that she quickly pulled her vehicle to the side of the road to wait out the storm — but that it quickly became apparent that the threat was still imminent.

Simpson said she heard a loud bang and then felt water start pouring into her vehicle. After realizing the rear window where her daughter was sitting had been shattered, the quick-acting mom jumped into the backseat and used herself as a human shield to protect the infant.

Eventually, the tennis-ball sized hail smashed another of the vehicle's windows, and though Simpson says she attempted to shield both her grandmother and her infant, both women ended up sustaining severe injuries from the massive ice chunks.

After the storm cell passed, Simpson drove the damaged vehicle to a nearby home, where residents quickly called for paramedics.

Simpson and her daughter were treated for their injuries and released from Kingaroy Hospital in Queensland, Australia, on Thursday.

Simpson's grandmother had to spend the night at the same hospital, with one arm left "completely black" from bruising and one arm left with the skin "shredded" from the incident.

But despite the severity of her injuries, Simpson says she would not think twice about intervening again for the sake of her daughter.

"It wasn't until I got in the ambulance that I realized that if I didn't do that, [Clara] could have been seriously hurt or killed, anything could have happened," she told ABC. "I'm just a mum — you do anything you can to protect your child no matter what, even at your own expense and I would do it again."

"At the end of the day, all that matters is that we're alive. A car can be replaced and bruises can heal and we're just all safe right now," she added.