Trump says he could do 'a lot more' on China trade 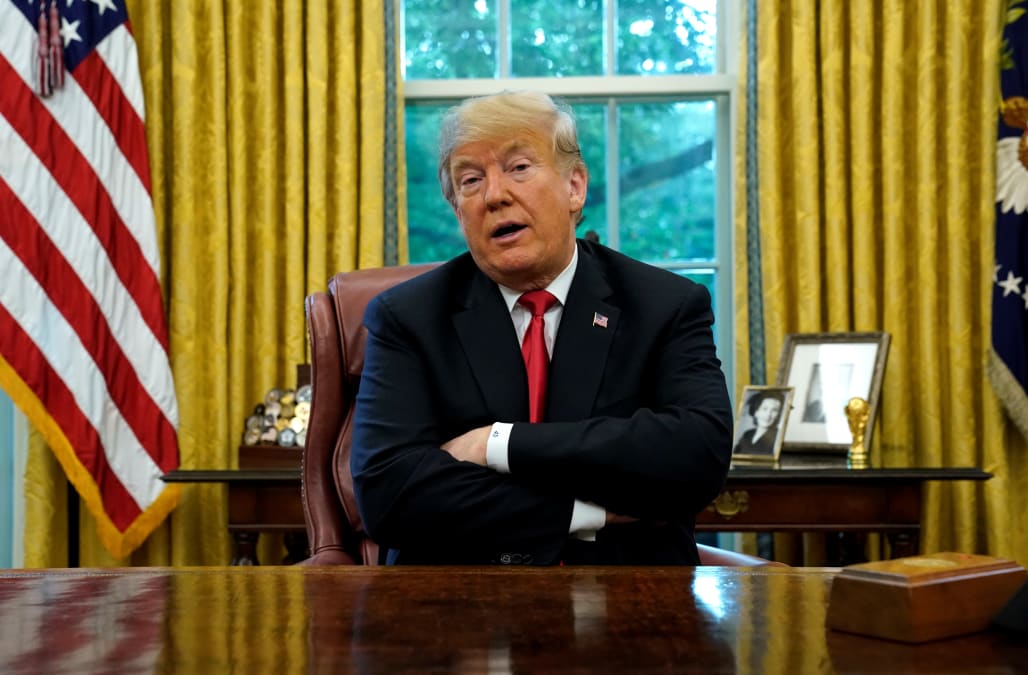 WASHINGTON, Oct 11 (Reuters) - U.S. President Donald Trump warned on Thursday there was much more he could do that would hurt China's economy further, showing no signs of backing off an escalating trade war with Beijing.

Trump imposed tariffs on nearly $200 billion of Chinese imports last month and then threatened more levies if China retaliated. China then hit back with tariffs on about $60 billion of U.S. imports.

"It's had a big impact," Trump said in a Fox News interview. "Their economy has gone down very substantially and I have a lot more to do if I want to do it.

"I don't want to do it, but they have to come to the table."

However, Trump said the Chinese want to negotiate but he does not believe they are ready and he told them so. He blamed previous U.S. presidents for allowing China to pursue unfair trade practices and said he had to tell Beijing, "It's over."

The growing trade war prompted the International Monetary Fund on Tuesday to cut its global economic growth forecasts for 2018 and 2019.

More from Aol.com:
Melania Trump says she distrusts certain people working in the administration
Trump tells supporters at rally that #MeToo keeps him from saying what he wants
Kellyanne Conway unloads on Hillary Clinton over 'civility' comments