Trump: I could see campaigning with Kanye 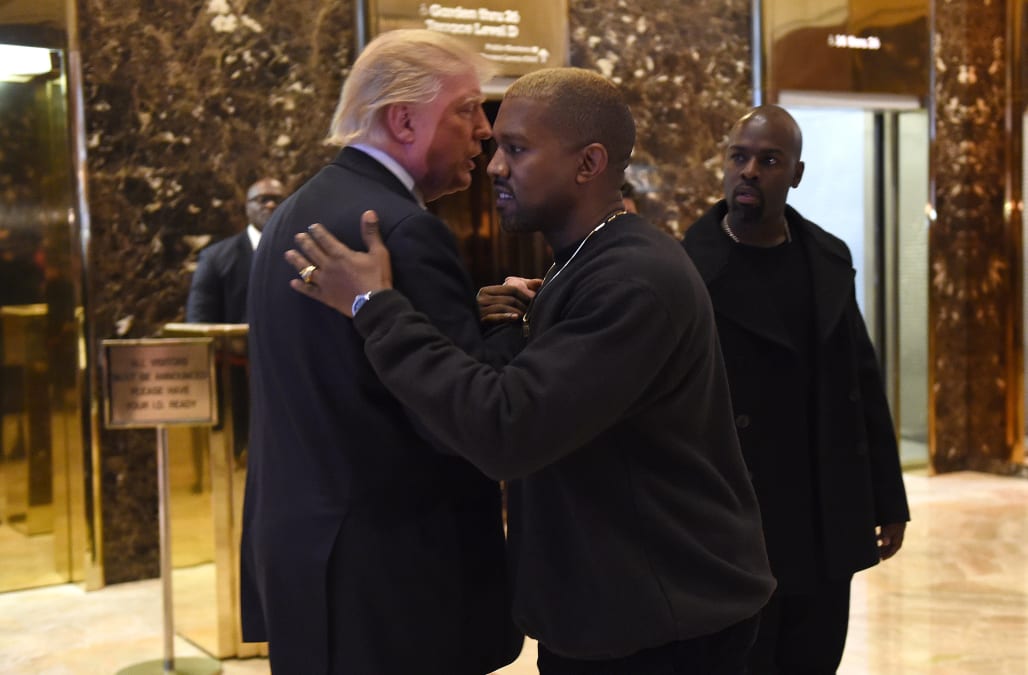 President Trump lavished praise on Kanye West hours before a meeting at the White House with the rapper who has become one of his most outspoken supporters.

“I like him a lot,” Trump said in a telephone interview with “Fox & Friends” on Thursday morning. “He’s been a friend of mine. I’ve known him for a long time. He’s a very different kind of a guy — I say that in a positive way. But he is a different kind of a guy. Those that are in a the music business say that he is a genius. And that’s ok with me because as far as I’m concerned he is.”

The president is scheduled to meet with West, former NFL great Jim Brown and senior adviser Jared Kushner for lunch on Thursday afternoon to discuss prison reform. Earlier this year, West’s wife, Kim Kardashian West, successfully lobbied Trump to issue a presidential pardon to a woman who was serving a life sentence in prison for nonviolent drug charges.

Kanye West stirred controversy in an appearance on NBC’s “Saturday Night Live” last month when he wore a “Make America Great Again” during his performance and delivered a pro-Trump speech to the studio audience.

The president claimed that when West first expressed support for him, his poll numbers “went up like 25 percent.”

“Nobody’s ever seen it,” Trump said. “He’s got a big following in the African American community. A big, big following. And I think he has in a lot of communities. But the polls went through the roof. And I have not seen that. I think I can honestly say I’ve never seen that before.”

It’s unclear what polling data the president was referring to.

When asked whether he would consider campaigning with West, Trump sounded excited about the idea.

Trump also bragged that he has “so many” black athletes supporting him because of the low U.S. unemployment rate among African Americans — an economic trend that began under former President Barack Obama. The president also suggested that his detractors in Hollywood criticize him in public but actually support him at the polls.

“Those people in Hollywood that you hear about, even the ones that do a little talking because they think it’s cool, they vote for Trump,” he said. “I’ve heard so many of them vote for Trump. They get in that booth, they look around and they press the Trump sticker. They do.”