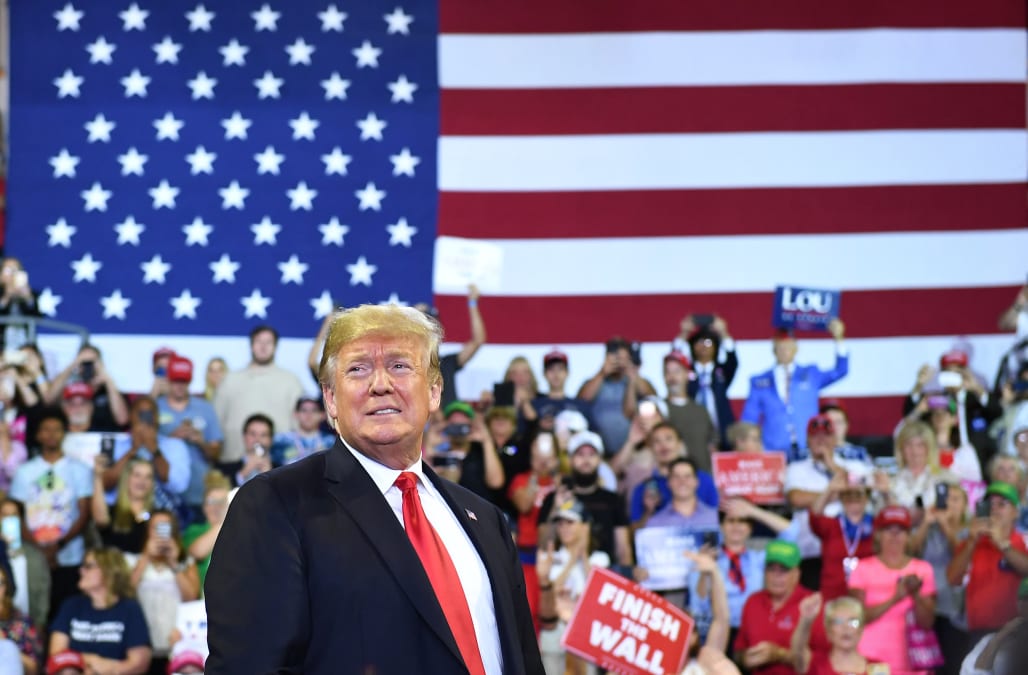 President Donald Trump on Thursday took aim at The New York Times once again ― this time suggesting the newspaper wrote last month’s explosive anonymous op-ed that detailed a “resistance” movement within the administration.

Trump, citing zero evidence, told “Fox & Friends” that there was “a very good chance” the Times lied about the unnamed author being a senior official in his administration.

“The media is very, very dishonest ― beyond anything that anybody can understand,” Trump said during a nearly 50-minute interview with his favorite cable news show. “Even the letter written to the Times, there is a chance ― I don’t say it’s a big chance ― but there is a very good chance that that was written by the Times.”

In the op-ed, published Sept. 5, the unnamed author wrote that many senior Trump administration officials were actively working to thwart parts of the president’s agenda and “his worst inclinations.”

Trump responded furiously to the piece, calling for a Justice Department investigation into its origins. When asked Thursday for an update on the probe’s status, the president suggested it had been put on hold.

Trump’s comments Thursday are part of his longtime effort to undermine the credibility of the press, which he frequently refers to as the “fake news media” and “the enemy of the people.” He often rails against media outlets, including Pulitzer Prize-winning legacy newspapers like the Times and The Washington Post, for using anonymous sources in their reporting ― despite citing unnamed sources himself to bolster his own claims.

“I think a lot of the leaks are not leaks,” Trump said Thursday. “They’re made up by the newspapers. The media’s very dishonest ― well, of course, ‘Fox & Friends’ is excluded, OK? I won’t exclude Fox totally, but I will exclude ’Fox & Friends. No, the media is very, very dishonest ― beyond anything that anybody can understand.”

More from HuffPost US:
Melania Trump says she distrusts certain people working in the administration
Trump tells supporters at rally that #MeToo keeps him from saying what he wants
Trump officials plan Obamacare site shutdowns during open enrollment