The best NBA arenas according to fans 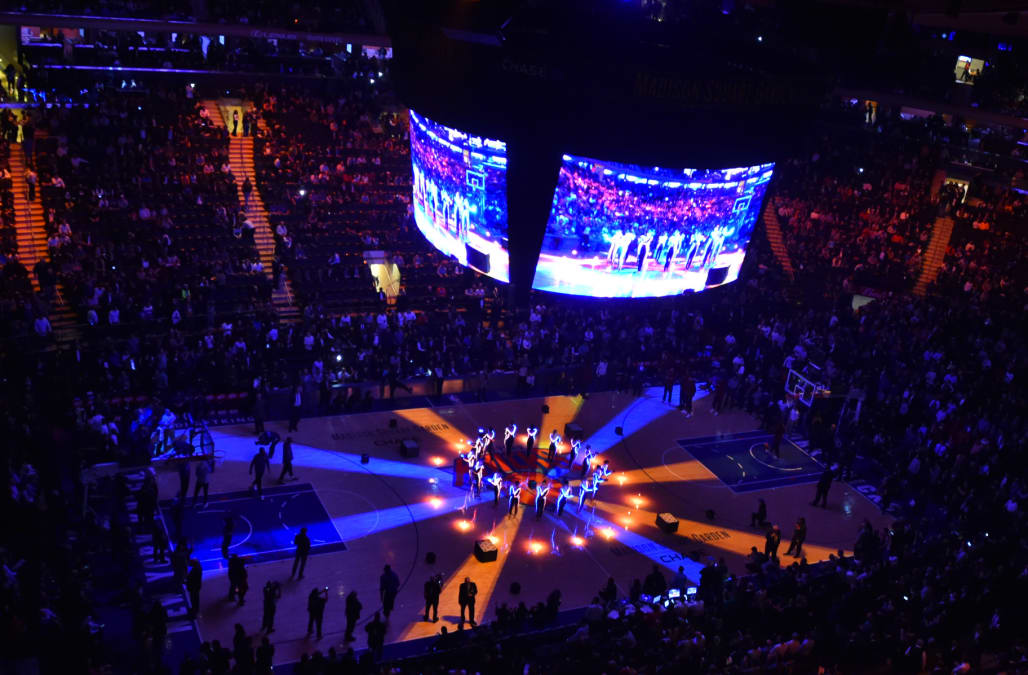 NBA games are all about big stars, flashy handles, and gravity-defying dunks. But when it comes to the fan experience, a great venue can make all the difference, which is why Podium.com — a startup that has revolutionized customer reviews for local businesses — has used data from Google reviews to identify the best NBA arenas as of the beginning of last season.

Podium consolidated review data for all 29 NBA teams' arenas through its platform to produce the following rankings:

29 PHOTOS
The best NBA arenas, according to fans
See Gallery

One thing to know: Many reviews for the Target Center note that the arena feels outdated, but since this data was collected, the Timberwolves' home has undergone a $140 million makeover. Fans will see the biggest changes in the concourses and hospitality areas, but chief strategy officer Ted Johnson said that the renovation has improved "just about every surface of the building."

One thing to know: Like the Timberwolves' Target Center, BMO Bradley Center was low in the rankings because fans felt it had been looking old during the last few seasons. Luckily, Milwaukeeans will enjoy a glossy new arena with the start of the 2018-19 season.

One thing to know: Spectators have complained about cramped seating and strained views from the Moda Center's upper levels, but fans may not even find time to sit and watch the game after navigating the arena's 70+ food vendors.

One thing to know: A sleek and modern arena, the Barclays Center opened in September 2012 with eight sold-out shows from then co-owner Jay-Z. Unlike most other sports venues, Brooklyn's mecca only features local New York City food vendors.

One thing to know: Oracle Arena's low ranking is particularly surprising given the Warriors' recent success, but fans bemoan the long trek to Oakland and the $40 charge for parking. Luckily, construction on Golden State's new home is underway in the Mission Bay neighborhood of San Francisco. The Chase Center is slated to open before the 2019-20 NBA season.

One thing to know: Just like the Philadelphia 76ers, the Wells Fargo Center has been undergoing a rebuild for some years. When completed, the arena will boast new sound and lighting systems, improved seating, upgraded concourses, open-air lounge areas, and expanding views of the city's skyline. #trusttheprocess

One thing to know: Like almost every arena on this list so far, Capital One Arena will undergo renovations in the coming years. The owners will invest $40 million in a new sound system and new concessions, bars, and clubs to improve the fan experience.

One thing to know: The Vivint Smart Home Arena just got a $125 million facelift last season, and like the Utah Jazz's young core, the early results are positive. The arena now features comfier seats, open social spaces, and a brand new atrium with a box office and team store.

One thing to know: Opened in the fall of 2016, Golden 1 Center sits in the heart of downtown Sacramento. Kings fans love the modern look for their up-and-coming team but often mention in reviews that leg room in the arena is pretty tight.

One thing to know: Fans love how easy it is to get to the Pepsi Center by car or by public transit. While some reviews suggest that concert acoustics at this venue the best, people love coming out for Denver Nuggets games.

One thing to know: Rapper and Toronto native Drake is a huge Raptors fan and often sits courtside at the Air Canada Centre.

One thing to know: Located in the heart of New Orleans' Central Business District, the Smoothie King Center is connected to the Mercedes-Benz Superdome — home of the New Orleans Saints — by two pedestrian walkways. Fans love the venue for basketball games and concerts.

One thing to know: Although Oklahoma City was a questionable landing spot for the rebranded Seattle Supersonics franchise, locals are absolutely crazy about the Thunder. Fans argue that the atmosphere at Chesapeake Energy Arena during home games is unparalleled.

One thing to know: The Phoenix Suns may not be much fun to watch right now, but Talking Stick Resort Arena often plays host to many WWE events, including Smackdown, Raw, Elimination Chamber, and The Royal Rumble.

One thing to know: Located in downtown Charlotte, the Spectrum Center is home to Michael Jordan's Charlotte Hornets. Although the arena missed out on hosting the 2017 NBA All-Star Game due to the NBA's opposition to North Carolina's Public Facilities Privacy & Security Act, it has hosted some notable NCAA Tournament games, including the 16th-seeded UMBC Retrievers' historic upset of the No. 1 Virginia Cavaliers this past year.

One thing to know: With veterans Manu Ginobili and Tony Parker both announcing their departures this offseason and superstar Kawhi Leonard's trade to the Portland Trailblazers, the perennially stable San Antonio Spurs will be sporting a new look for the first time in decades. Fans can enjoy southern BBQ and San Antonio staples while getting acquainted with their new team.

One thing to know: Philips Arena is currently undergoing a $192 million renovation. The upgraded venue will feature a center court scoreboard that stretches from one free throw line to the other.

One thing to know: The Toyota Center has the largest lower level of all NBA arenas due to its sunken floor. The Houston Rockets' court sits 32 feet below street level.

One thing to know: Little Caesars Arena opened in downtown Detroit in 2017. Fans love to grab a drink at the outdoor beer garden off of the Budweiser Lounge.

One thing to know: The home of the Boston Celtics and Boston Bruins, the Beantown venue has had 33 official names over its 28-year history.

One thing to know: Much of the excitement at Quicken Loans Arena in recent years has centered on LeBron James. The arena ditched its legendary banner of #23 after his departure, which marks a new era for both the venue and for the Cleveland Cavaliers.

One thing to know: The Chicago Bulls have a ton of history wrapped up in the United Center despite the arena being only 24 years old. It has played host to three NBA Finals, all of which were won by Michael Jordan-led Bulls teams. You can find a statue of Jordan outside of the arena's main entrance.

One thing to know: Madison Square Garden is one of the most famous arenas in all of sports, so it may be worth suffering through a New York Knicks game just to enjoy the atmosphere of the building alone. You'll find megafan Spike Lee courtside at any home game.

One thing to know: Modern amenities meet old-school feel at Bankers Life Fieldhouse, home of the Indiana Pacers. The arena is located in downtown Indianapolis near plenty of bars, restaurants, and hotels.

One thing to know: Located in downtown Los Angeles, the Staples Center is home to four different teams: the Lakers, the Clippers, the Kings, and the Sparks. In addition to games, the arena hosts the X Games and the Grammys each year.

One thing to know: Not to be confused with the Dallas Mavericks' American Airline Center, American Airlines Arena hosts Miami Heat home games in the Sunshine State. The venue features a night club where fans can party after Heat victories.

One thing to know: It's interesting that FedEx Forum ranks so high on this list given the rumors that the Grizzlies could leave Memphis in the future. Fans say that they have a near-perfect view of the floor no matter where they sit in the arena.

One thing to know: Even though the Orlando Magic have not been among the top teams in the NBA in quite some time, fans love the Amway Center. Located in the heart of downtown, the state-of-the-art arena features tons of restaurants and luxury suites, an area where children can play, and the largest HD scoreboard in the league.

(Photo by Fernando Medina/NBAE via Getty Images)
Up Next