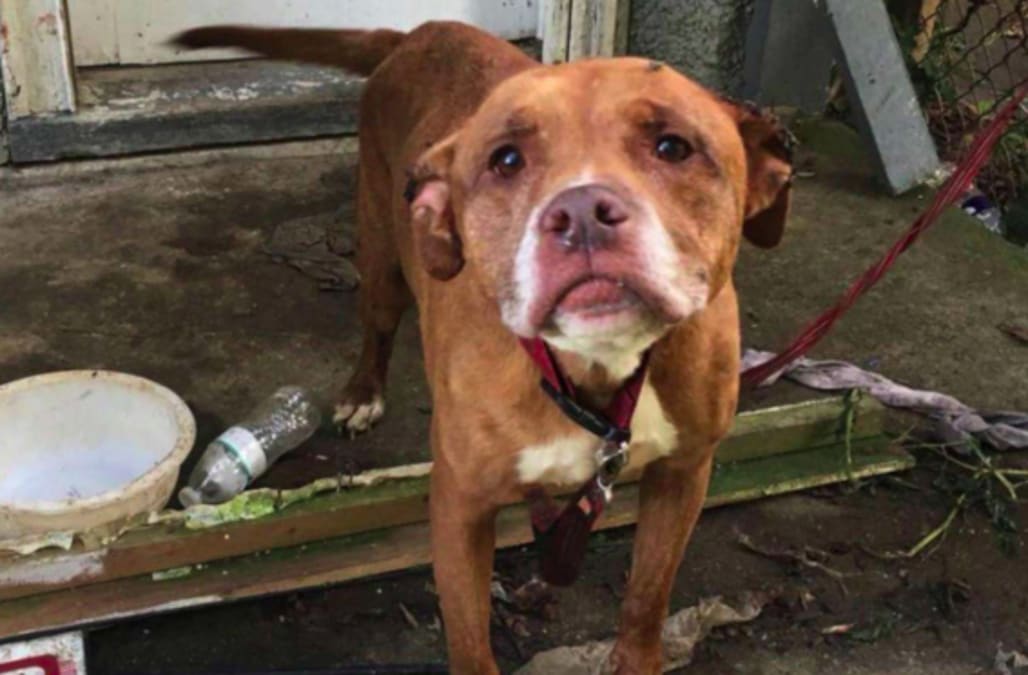 A dog found chained up out outside of an abandoned home in Richmond, Virginia, sustained such severe damage to one of his legs that it had to be amputated, WTVR reports.

"We don't know what happened. It was an injury of some kind that had never been treated," RACC director Christie Chipps Peters told the station. "The leg had essentially rotted off, and the only thing that was holding it on was the bone. All the flesh was essentially dead and rotted." 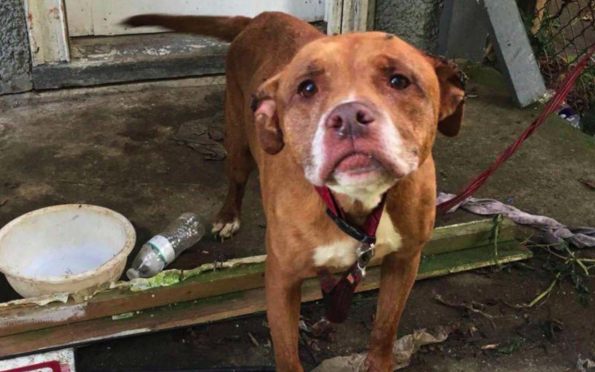 But despite Rusty's recent trauma, Peters says the dog has remained in good spirits throughout his entire ordeal.

"Some of the dogs who have seen, or some of the animals, doesn't even have to be dogs, that have seen the worst, it's like they know. It's like they appreciate life so much more because they've seen so many bad things," she said. "He is the sweetest dog ever."

Peters said she believes Rusty must have belonged to someone since the abandoned dog was neutered, and is asking for the public's help in finding his former owner.

A $1,000 reward is being offered for information leading to the person responsible for Rusty's injury.