Promoter of failed Fyre Festival gets 6 years in prison 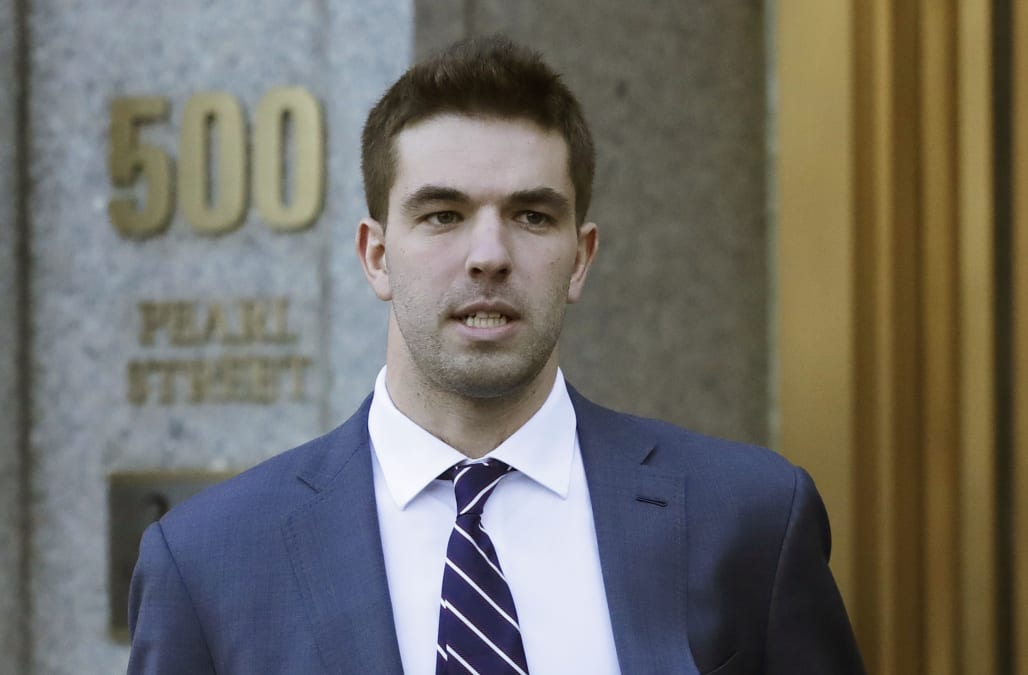 NEW YORK (AP) — The creator of the Fyre Festival, a highly publicized and famously failed music bash in the Bahamas, was ordered Thursday to spend six years in prison by a judge who called him a "serial fraudster."

Billy McFarland, 26, was sentenced Thursday in federal court in Manhattan. He had admitted to defrauding investors of $26 million in the 2017 Fyre Festival and over $100,000 in a fraudulent ticket-selling scheme after his arrest in the scam.

"The defendant is a serial fraudster," Judge Naomi Reice Buchwald said. The Fyre Festival was "not a good idea gone bad" as McFarland sometimes has wanted to portray it, she said.

"Mr. McFarland is a fraudster and not simply a misguided young man," Buchwald said. "Bad intent was longstanding."

He used false claims about that company as part of a sales pitch to entice 80 investors to pour $24 million into the Fyre Festival, she said. A separate investment of $2 million came from another entity.

The prosecutor said he then diverted $13 million to his private financial accounts to fuel an "extravagant lifestyle" that included moving from an $8,000-a-month Manhattan apartment into a $21,000-a-month penthouse. She said he rode luxury vehicles, took frequent trips and flew in private planes.

"The motivation here was greed, a desire to have a flashy lifestyle," Greenberg said.

She called McFarland a "selfish and self-absorbed character" and predicted that if he got out of prison soon, "I have no doubt he will be on to the next scam."

Speaking in a courtroom packed with friends and relatives and at least one victim, McFarland apologized as family members cried behind him.

He said he has "been awakened and hit rock bottom by the gravity of incarceration."

A "fear of letting everybody down" drove him to make serious mistakes, McFarland said.

"I made decisions that were a slap in the face to everything my family tried to teach me," he said.

The festival, promoted as an ultra-luxurious event and "the cultural experience of the decade," was supposed to take place over two spring 2017 weekends on the Bahamian island of Exuma.

Customers who paid $1,200 to over $100,000 hoping to see Blink-182 and the hip-hop act Migos arrived to learn musical acts were canceled. Their luxury accommodations and gourmet food consisted of leaky white tents and packaged food.

Customers lashed out on social media with the hashtag #fyrefraud. The bust was an embarrassment to some famous people after it was promoted on social media by models and celebrities including Kendall Jenner, Bella Hadid and Emily Ratajkowski.

McFarland deserved a lengthy prison term because he disrespected the criminal justice system by lying to law enforcement agents when they learned about the ticket-selling business, Buchwald said. Still, she stopped short of ordering the over 15 years in prison prosecutors had sought.

McFarland's attorney, Randall Jackson, had argued for leniency, saying his client was still extremely young and had suffered from mental health issues that clouded his judgment.

But the judge said that some of the justification for McFarland's crimes were "almost laughable" and that any portrayal that he was a well-intentioned young man who just got in over his head was mistaken.

"The portrait," she said, "simply doesn't fit the facts."