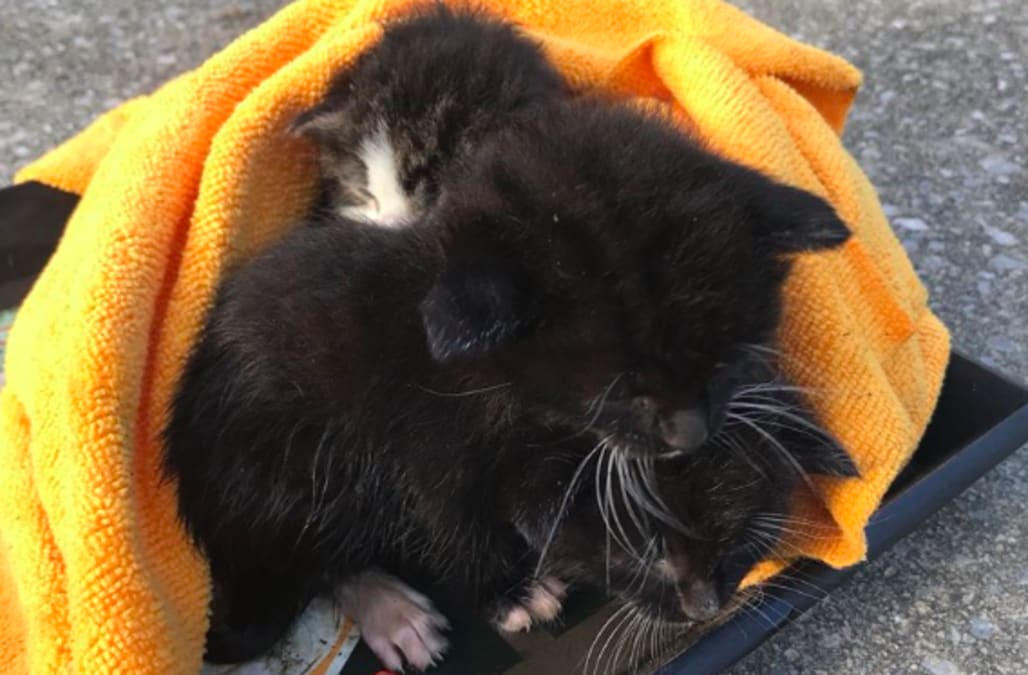 While reporting on Hurricane Michael's destruction from Panama City, Florida Thursday morning, ABC News' Rob Marciano showed off four kittens that were rescued from the storm.

He said he spoke to a family who rode out the storm, who found the kittens when their roof collapsed, and the baby felines "fell out of the ceiling and into the kitchen."

"They didn't even know that they were alive up there," Marciano said, adding that the mother cat was not with them.

💗💗💗💗@RobMarciano holds 4 kittens who fell out of the ceiling to the surprise of homeowners in Panama City, FL who were riding out #HurricaneMichael. https://t.co/22EMWM049jpic.twitter.com/Csx8AwHzgx

"They're cold, they're frightened, they're hungry," Marciano said. "So we just got them, we're going to try to get them a little more comfortable, but oh my — they're so cute."

Photos of the storm's path:

He later took to Twitter to ask for help in finding the kittens some shelter and food.

"I need to hear from any animal rescue org that's in the storm zone," he wrote. "[These] little buggers need food & shelter ASAP."

Animal rescue organization Best Friends responded with resources for anyone who finds stray animals in the storm's path.

NOW WATCH: One bite from this tick could ruin red meat for the rest of your life

DON'T MISS: Hurricane Michael weakens to a tropical storm on its way through central Georgia, and it is due to hit South Carolina