World Series odds: More likely than not, American League winner will take it all 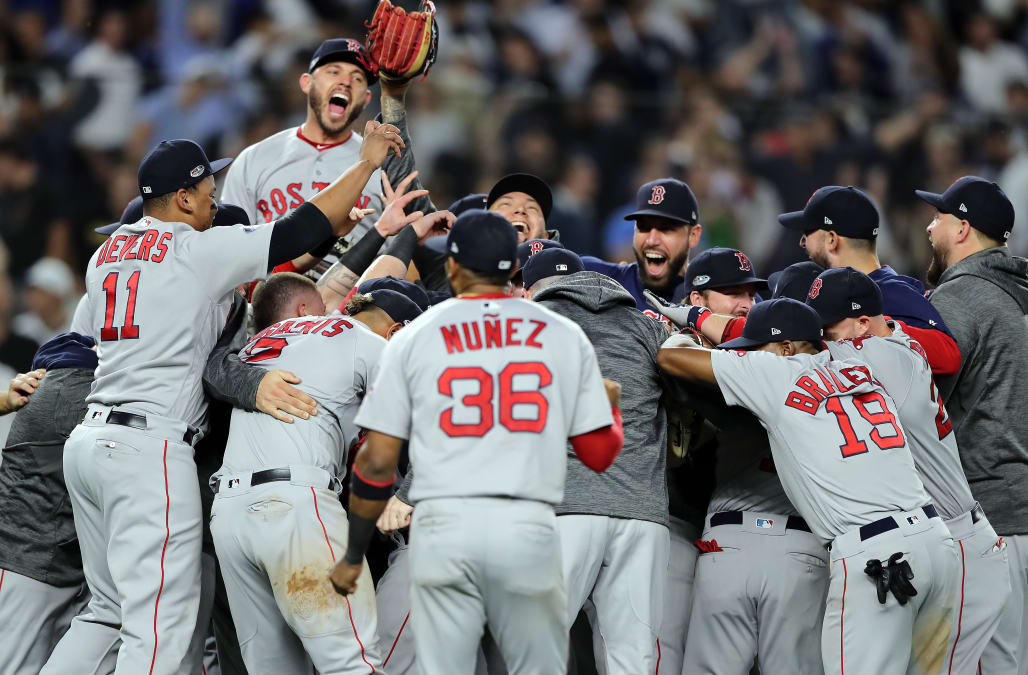 And then there were four.

With the Boston Red Sox' defeat of their rival New York Yankees in Game 4 of the ALDS on Tuesday, the field is officially set for the American League and National League Championship Series.

Unfortunately for the National League, it seems as though the Milwaukee Brewers and Los Angeles Dodgers may be duking it out in vain. According to Vegas Insider, the 2018 World Series champion will most likely hail from the American League.

In fact, the Red Sox and Houston Astros have the exact same odds of winning the Fall Classic.

Click through below to see Vegas' prediction for how the remainder of the postseason will play out.

(Photo by Joe Sargent/MLB Photos via Getty Images)
Up Next