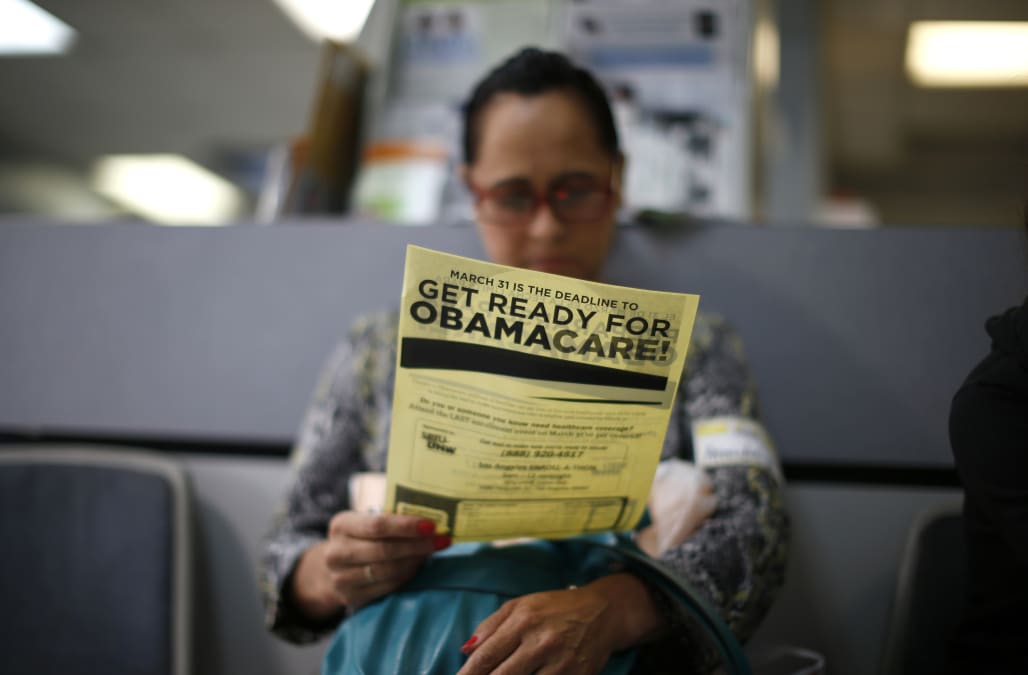 The Trump administration plans to take the Healthcare.gov website offline for hours at a time for maintenance during the coming Obamacare enrollment season, The Hill reported on Tuesday.

The federal Centers for Medicare and Medicaid Services — which was harshly criticized last year for a similar move — insists the maintenance downtime occurs every year and will take place during the “lowest-traffic” periods for as little time as possible.

Healthcare advocacy groups, however, question whether the administration is trying to prevent people from signing up for Obamacare, officially known as the Affordable Care Act. Since the ACA passage in 2010, Republicans have repeatedly tried — and failed — to repeal it, and have plotted to sabotage it with administrative schemes.

“CMS is clearly at pains to provide assurances of its benign intent in this maintenance schedule,” Eliot Fishman, senior director of health policy at the health advocacy group Families USA, told The Hill. “But with the President continuing to regularly brag about gutting the ACA and with the Administration refusing to defend the law in court, there is reason to be concerned about a schedule that takes the federal marketplace down for long stretches over weekends during holiday season. We’ll be watching this closely.”

The Trump administration was criticized last year for scheduling almost-weekly maintenance of the Healthcare.gov site during the Obamacare enrollment period.

RELATED: Protests for and against Obamacare

“I could see this really impacting the ability of people to complete an application sign-up in a single sitting, which is so important,” Jason Stevenson of the Utah Health Policy Project, an Obamacare navigator group, told CNN at the time.

Lori Lodes, who served as a communications director of CMS during the Obama administration, also expressed concern at the large chunks of downtime being scheduled.

“There is just a really big question as to why this is happening,” Lodes told Kaiser Health News last year. “Have they done a comprehensive review of the tech and believe this is what is actually necessary? If so, then why don’t they have confidence in the system.”

Maintenance outages also occurred under the Obama administration, according to CNN, but “they weren’t as frequent.”

“Typically, the online enrollment system was only shut down for a few hours at a time and it was much less frequent than once a week,” CNN reported in September 2017, citing former officials.

Fact-checking site Snopes.com pointed out last year that the Trump administration slashed the Obamacare open enrollment period by more than half, from three months to six weeks, so the downtime consumes more of the enrollment period.

This year’s maintenance outage schedule is reportedly the same as last year’s: 12 a.m. to 12 p.m. every Sunday, except for the last Sunday, during the sign-up period. The total scheduled downtime this year ― as it was last year ― is 60 hours.

The site could end up being offline for far less than the scheduled downtime,a CMS spokesperson told The Hill. The actual downtime last year was 21.5 hours and “there were 53.5 hours of maintenance downtime on Sunday mornings at the end of 2016, under the Obama administration,” the CMS spokesperson said.

CMS has not responded to HuffPost’s request for information.

Mark your calendars! Open enrollment for 2019 Marketplace coverage opens on November 1st, and runs through December 15th of this year. #ACA#OpenEnrollment#HealthyFLA

To read more about this and other important dates, visit: https://t.co/AQ6XxRFIbKpic.twitter.com/v7hjnrOFHa

More from HuffPost US:
'Buckle up buttercup': Michael Avenatti tells Donald Trump Jr. to get ready for prison
Trump may have been accidentally punked by Fox News, of all places
Donald Trump says he likes Taylor Swift's music '25 percent' less now