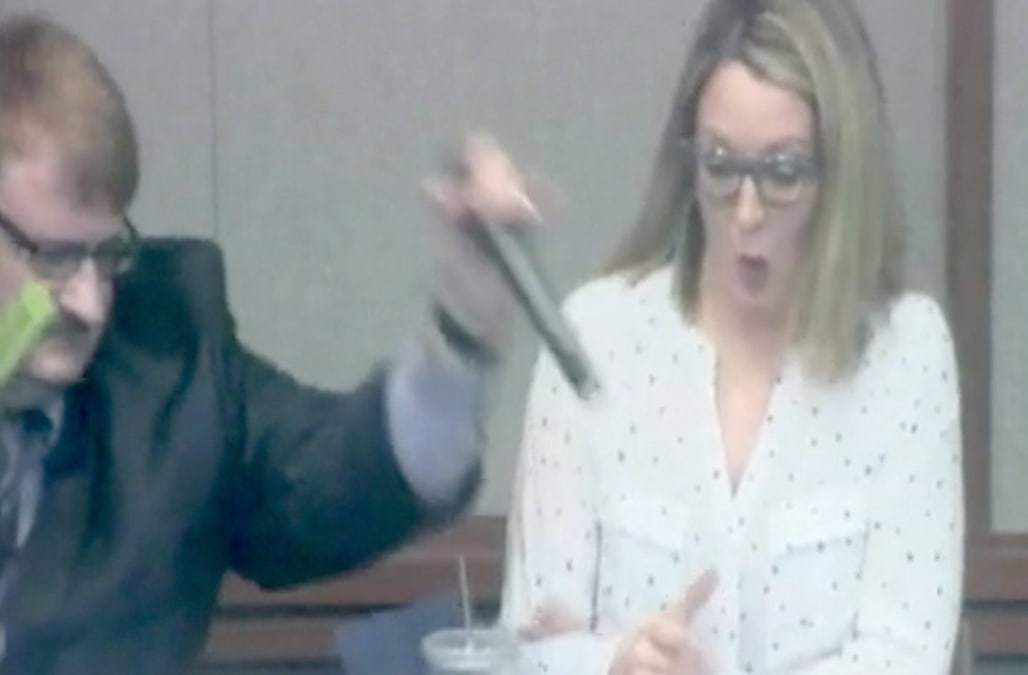 A Republican lawmaker in Minnesota is under fire for snatching the microphone away from his Democratic rival during a debate.

Four-term state Rep. Duane Quam was debating political newcomer Jamie Mahlberg of the DFL, the Minnesota affiliate of the Democratic Party, on Monday when the incident occurred.

The two had been passing a single microphone back and forth, sharing their thoughts on a wide variety of issues. However, as Mahlberg was answering a question about linking education funding to the Consumer Price Index, Quam raised a card indicating he would like a rebuttal. Instead of waiting for Mahlberg to pass him the mic, he seized it from her hands, causing her to recoil in surprise:

After Quam was finished speaking, he tried to pass the mic back to Mahlberg, but she literally wasn’t having it. When she didn’t take the microphone from him, he tossed it in front of her:

“It was disappointing to be on the receiving end of such disrespectful behavior from my current representative, but ultimately I’m focused on my campaign and the hard work I will continue to do to earn the support of the voters of the district,” Mahlberg told the Splinter website.

Quam later apologized and blamed “nerves” for the mic snatch.

“I respect Jamie and my actions at last night’s forum did not reflect that,” he told the Post-Bulletin. “Unfortunately, my nerves got the best of me with our timed responses and I was not as graceful as I should have been while we shared the microphone. My sincere apologies to Jamie and I look forward to continuing a positive campaign.”