Former baseball executive: 'MLB is going to do anything they can to have the Dodgers beat the Brewers' 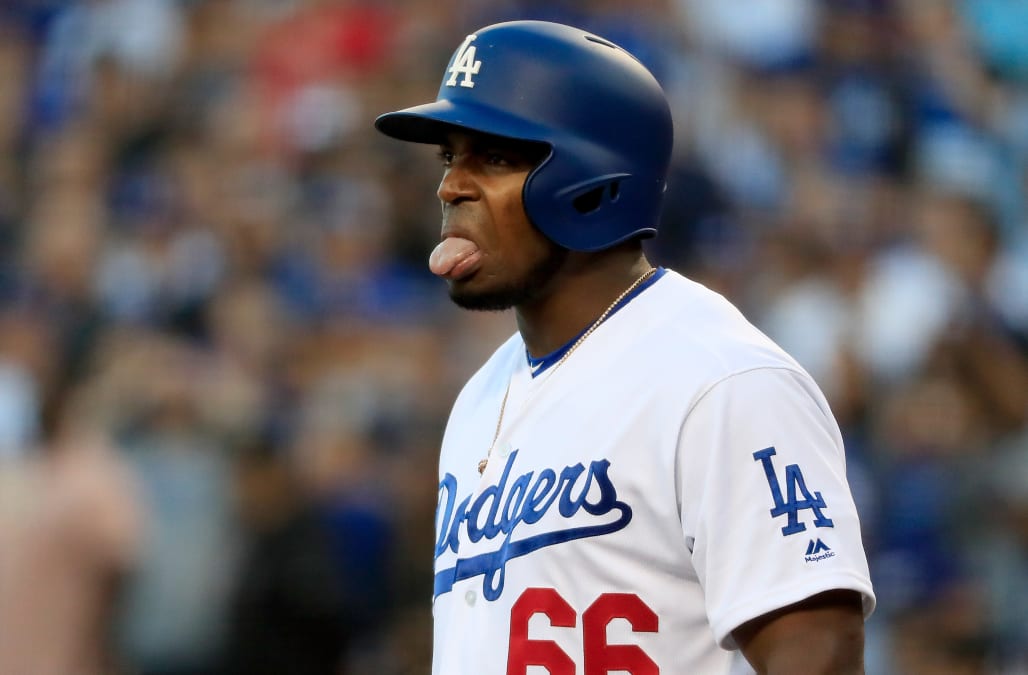 Major League Baseball's league championship series are now set, and according to one former executive, the league will have a strong preference on the who wins the NLCS, and might even act on it.

Former Miami Marlins president David Samson was a guest on ESPN Radio's and 790 the Ticket's "The Dan Le Batard Show with Stugotz," when he made an eyebrow-raising assessment of what is going to happen in the National League Championship Series between the Los Angeles Dodgers and Milwaukee Brewers.

Dan Le Batard: "Give us something on the postseason, that you can say right now, that people aren't thinking about enough, or aren't hearing elsewhere. Because, you are an executive, or former executive, who doesn't mind speaking the truth. So give us something the people won't hear elsewhere."

David Samson: "MLB is going to do anything they can to have the Dodgers beat the Brewers."

Not surprisingly, the answer stunned Le Batard and Co. Also, they let Samson go without asking him any follow-ups to gauge how he thought this might happen or whether he was joking.

But it is worth noting that Le Batard specifically framed the request around the idea that Sampson "doesn't mind speaking the truth." Le Batard later pointed out that the comment was probably a mistake

"That's good, let him go," Le Batard said. "Let him go. That's fine. We'll talk to him next week. He knows he shouldn't have said that."

(Photo by Joe Sargent/MLB Photos via Getty Images)
Up Next

It is easy to see why some might think MLB wants the Dodgers in the World Series, considering the history of the franchise and the size of the television market. But saying the league might act on that preference is a pretty bold accusation, even if done in jest.

You can hear Samson's comments here, via ESPN's "The Dan Le Batard Show with Stugotz."

NOW WATCH: What it takes to be an NFL referee