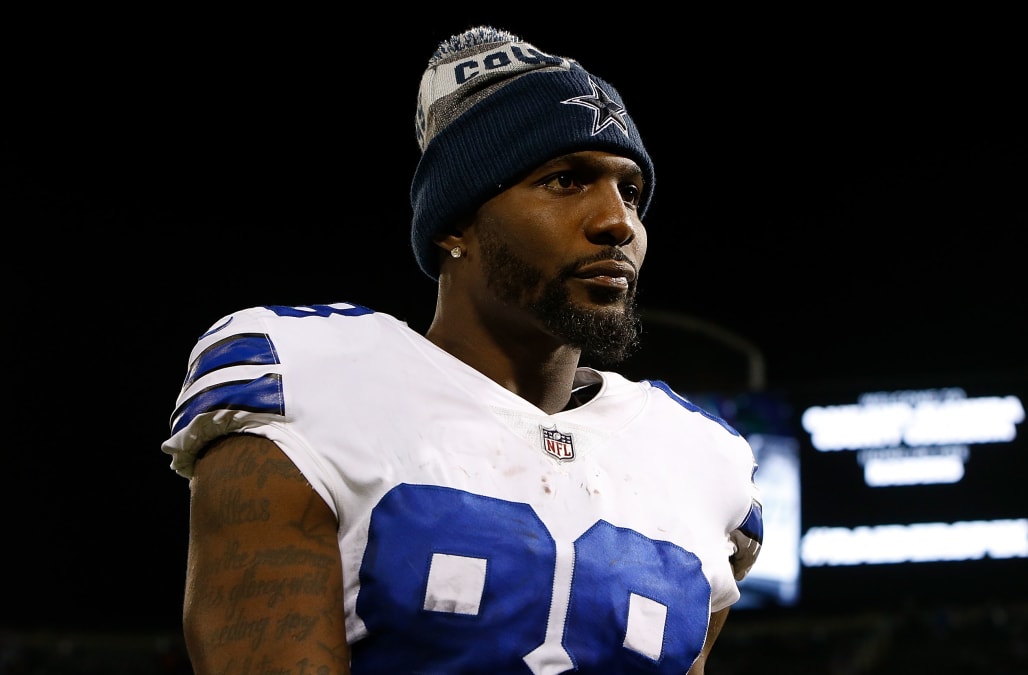 Dez Bryant wants to play for the Dallas Cowboys again, but the Cowboys don’t want him. Bryant has made his desire no secret, tweeting in early October that he would love to re-join the franchise. Cowboys owner Jerry Jones quickly shot that down, but that hasn’t been the end of this saga.

Bryant and Jones have been engaged in a war of words since the Cowboys’ 19-16 loss to the Houston Texans on Sunday night.

It all started after Jones told 105.3 The Fan that the Cowboys would “love to have No. 1 receivers,” according to Complex. Bryant saw that as an opportunity to make a point.

Idk what Jerry meant by that #1 WR but I’m damn for sure would have kept them chains moving...

That little feud continued Tuesday when Jones made similar comments on 105.3 The Fan, according to SportsDay.com.

“First of all, a true No. 1 you saw one the other night,” Jones said. “You see [Atlanta’s] Julio Jones, you see players like that. In my mind, every team doesn’t have a true No. 1 receiver. When you put it in that class, those guys that just absolutely change the ball game with where they are. And that hasn’t been our case for several years here that we’ve had a true No. 1, not a true No. 1.”

Jones may not mention Bryant by name there, but that definitely sounds like a shot at the 29-year-old receiver.

As a receiver playing for the Dallas Cowboys your mind have to be right because you will never see targets like Ab Obj d hop none of those guys..I was never schemed into things I made things happened through out my career I’m mr 73.. they had J Witten as our #1 so Jerry is right

Bryant has been looking for a job since the offseason. He visited with the Cleveland Browns during training camp, but did not sign a deal with the club.

Bryant has been posting videos of his workouts on Twitter to show he’s staying in shape as he searches for his next team. Those videos haven’t been enough to convince the Cowboys to give Bryant another shot.