Trump crowd finds a new target to lock up: Feinstein 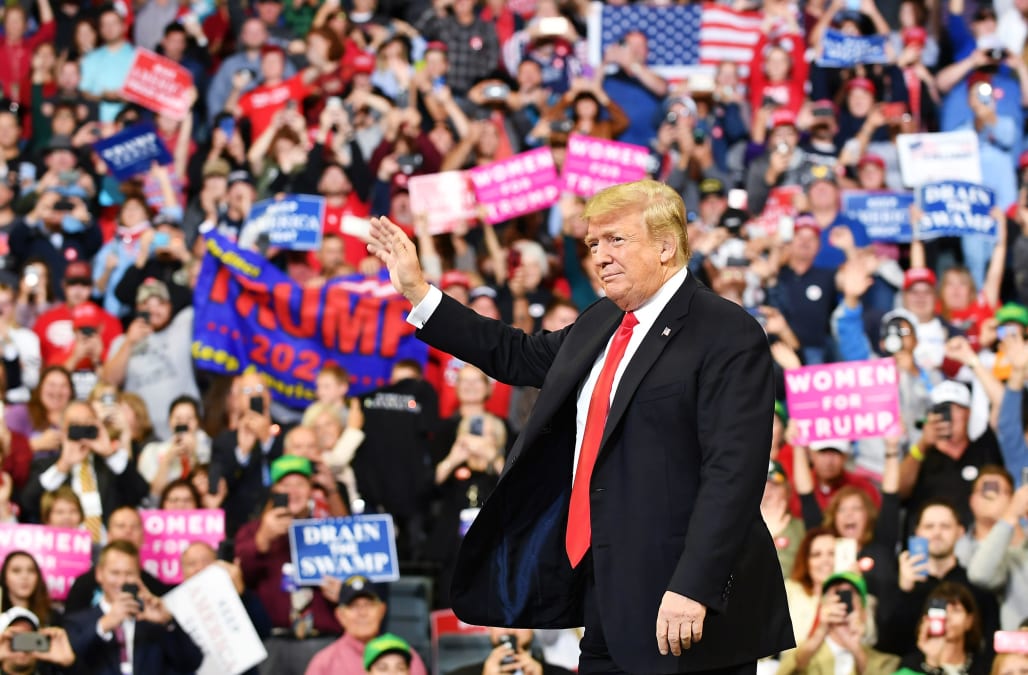 The chant was familiar, but its target was new.

At a Tuesday rally in Council Bluffs, Iowa, President Trump took aim at Sen. Dianne Feinstein, D-Calif., for her handling of a letter sent by Christine Blasey Ford that accused Supreme Court justice Brett Kavanaugh of sexual assault more than three decades ago.

The letter, in which Ford requested anonymity, leaked to the media, resulting in a contentious delay in Kavanaugh’s confirmation to the high court. At his rally, Trump put the blame for the leak on  Feinstein.

“How about Senator Feinstein. That’s another beauty. That’s a beauty,” Trump said as his audience erupted into a chorus of boos. The president then did an impersonation Feinstein and the other members on the Senate Judiciary Committee who discussed whether she leaked Ford’s letter. “Did you leak the documents? Wha? Wha? No, I didn’t.”

As Trump continued his recreation of the exchange, his supporters started the chant that began in the 2016 campaign, when the enemy was Hillary Clinton. “Lock her up!”

“And I think they’re talking about Feinstein, can you believe that?” Trump quipped. “Now was that the worst body language. In other words, did she leak it? A hundred percent. No, I don’t want to get sued — 99 percent. See now I can’t get… Now I can’t get sued.”

During a hearing at which Ford and Kavanaugh both testified before the Senate Judiciary Committee, Feinstein addressed the claim that she was responsible for leaking the letter in an effort to torpedo Kavanaugh’s nomination.

Donald Trump’s Iowa crowd chants “lock her up!” at his mention of Senator Dianne Feinstein.

At the hearing, several Republicans accused her of just that, but Feinstein was resolute in her denials.

“I honored Dr. Blasey Ford’s request for confidentiality,” Feinstein said. “It was only when reporters were knocking on her door that I referred the letter to the FBI. At no point did I or anyone on my staff divulge Dr. Blasey Ford’s name to press. She knows that and believes it, for which I’m grateful.”

In a speech last weekend announcing that she would support  Kavanaugh’s nomination, Sen. Susan Collins, R-Maine, said she was certain that Feinstein was not the leaker.

“She is a person of integrity and I stand by her,” Collins said.

Trump’s ire moved on quickly enough from Feinstein on Tuesday, and minutes later he recounted Clinton’s criticism of his remarks at Kavanaugh’s swearing-in ceremony.

“Lock her up!” the crowd chanted at the mention of Clinton’s name.