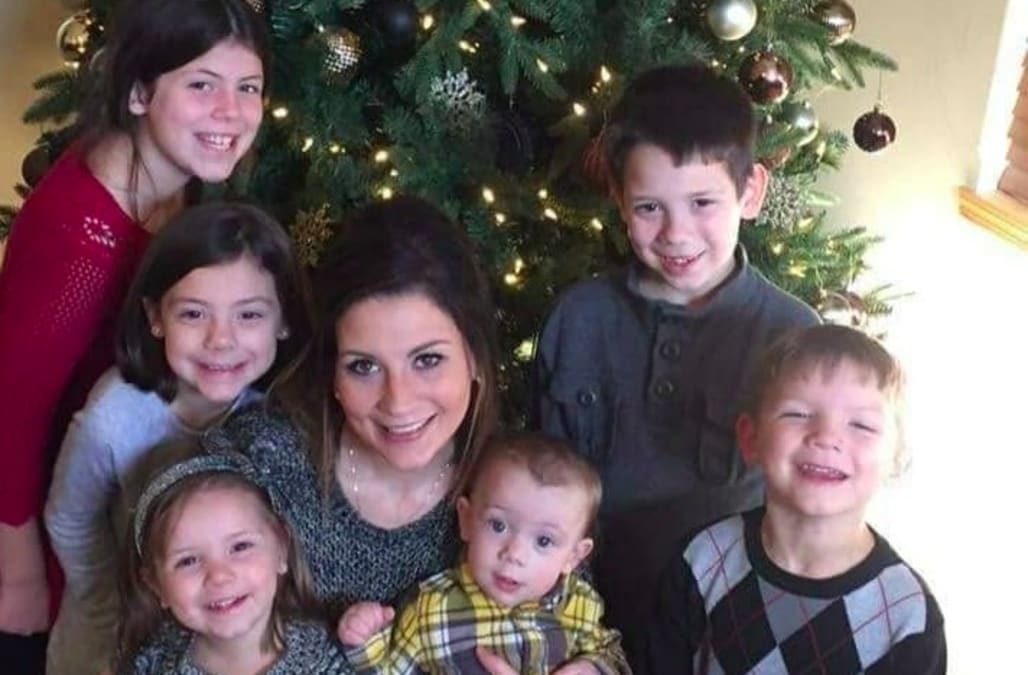 A mother of six young children was shot and killed by her estranged husband, who then turned the gun on himself near Derby, Kansas, on Saturday evening, authorities said.

Officials with the Derby Police Department and Sedgwick County Sheriff's Office responding to the scene discovered Kristin Florio-Gile and Randy Gile, both 33, dead of gunshot wounds, according to KAKE-TV.

A witness told the station that a silver car and a black SUV were seen recklessly speeding down a block when shots rang out. The witness claimed the car sideswiped the SUV, running it off the road before its driver got out and shot the SVU's driver, later identified at Kristin Florio-Gile, dead.

Randy Gile, who was driving the silver car, then turned his weapon on himself.

Captain Brad Hoch with the Sedgwick County Sheriff's Office corroborated the account in a statement.

"They were in two separate vehicles and we believe there was a shooting out on the roadway," he said. "We believe this might have started near or around Derby someplace and ended up at this location."

"(Kristin) was a devoted and loving mother to six children: Kayleigh 12, Jacob 11, Alivia 10, Jackson 7, Sophia 5, and Colton 3," she wrote on a GoFundMe page started to benefit the family. "She had been trying desperately to get out of an abusive marriage and was under a protection from abuse (PFA) order. She had even spent a few months in a women's shelter. She had recently moved herself and her children into her parents (Rick and Lisa Florio) home and was undergoing an Emergency divorce."

Thompson-Jerome said that Kristin and her family thought Randy was in jail "because of recent documented threats towards Kristin and children." Sedgwick County Jail records show that Randy Gile was booked last month for seven counts of aggravated assault and one count of criminal threat.

Kristin was in the process of collecting her children's belongings from her former residence during the time of the attack, her cousin said.

"Kristin and her dad Rick went to the home to put the kids bunk beds in Ricks truck and clothing in Kristin's SUV. Upon leaving the residence they noticed a silver car but were not alarmed as it was not familiar. The husband had rented the car and was following Rick and began shooting at him."

Thompson-Jerome said that Florio was grazed by one bullet and pierced by another in his side but that he is in stable condition.

"Rick tried everything in his power to protect Kristin who was in her SUV and was desperately trying to get away but the husband side-swiped her and ran her off road," she wrote. "He then shot Kristin and then took his own life."

The family's GoFundMe page, which was started to help cover Kristin's funeral expenses as well as her children's future expenses, had amassed over $23,000 of its $25,000 goal at the time of publication