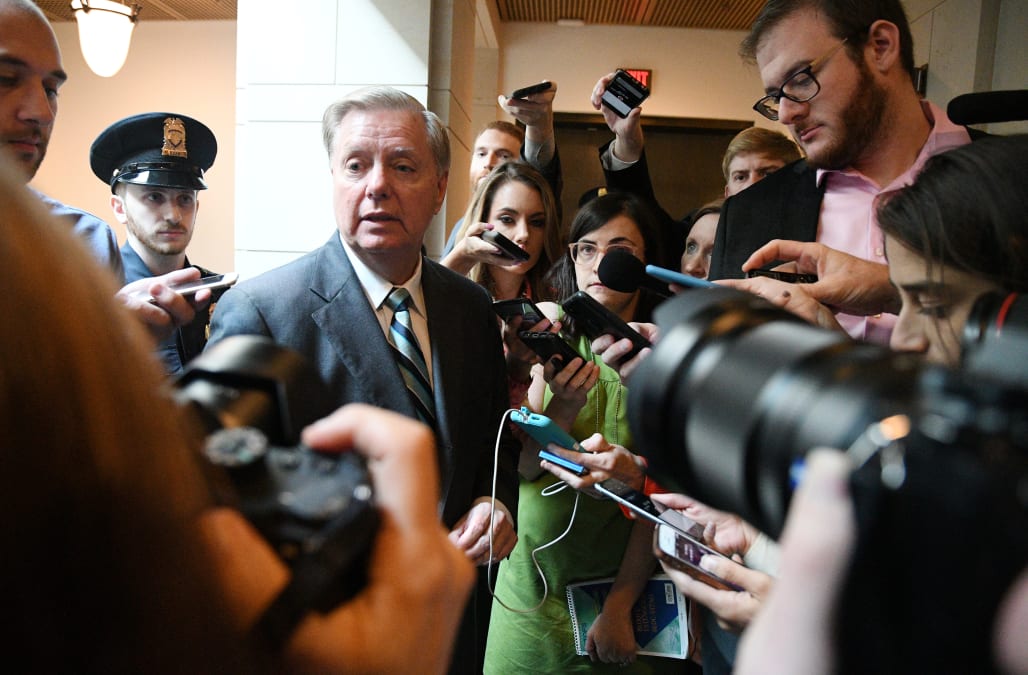 Former Rep. David Jolly (R-Fla.) called out Graham over his vociferous defense of Brett Kavanaugh after allegations of sexual assault surfaced during the Supreme Court confirmation hearings. At one point, Graham raised his voice and called the hearings investigating the accusations “the most unethical sham since I’ve been in politics.”

Jolly said Graham is not the same person he once was.

“Lindsey Graham used to be their reverent conscience, if you will, of the Republican Party in the Trump years,” Jolly said on “The 11th Hour With Brian Williams” on Monday. “He’s turned into a senator that in many opinions ― including mine ― he’s lost his mind.”

Jolly also had a warning for Republicans: Getting Kavanaugh confirmed will come back to haunt them during next month’s midterm elections.

“The Republican Party has said to women across the country, ‘We don’t believe you,’” Jolly said. “And those women are going to shout very loudly on Nov. 6, and it’s not going to be shouting on behalf of Republicans.”

Jolly, who served in the House from 2014 to 2017, said last week that he has left the Republican Party.