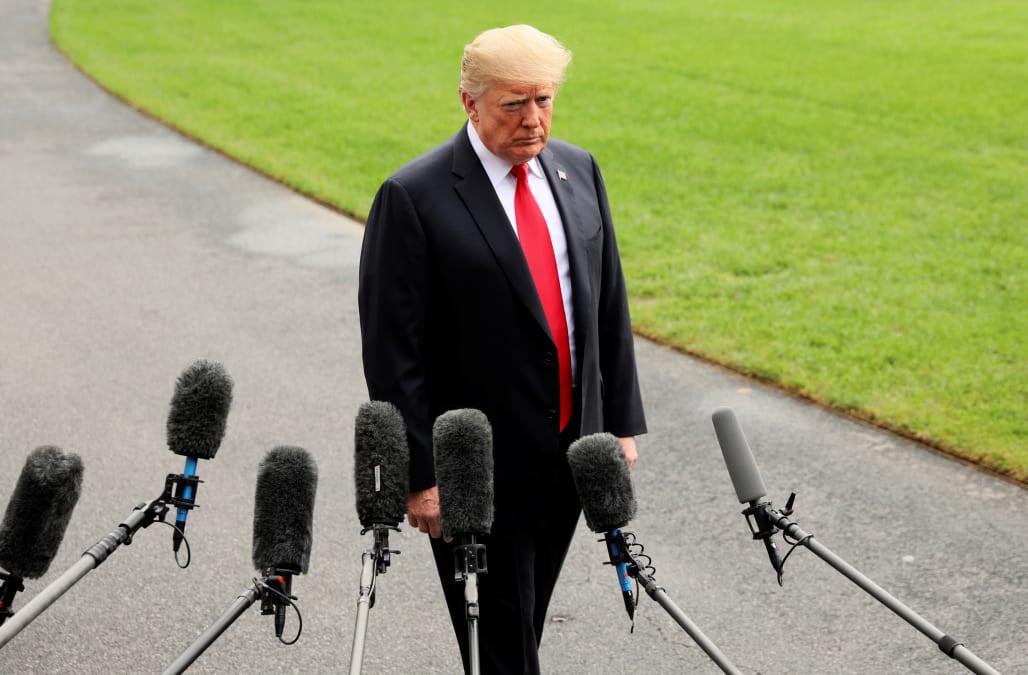 “Christopher Columbus’s spirit of determination & adventure has provided inspiration to generations of Americans,” Trump tweeted. “On #ColumbusDay, we honor his remarkable accomplishments as a navigator, & celebrate his voyage into the unknown expanse of the Atlantic Ocean.”

Christopher Columbus’s spirit of determination & adventure has provided inspiration to generations of Americans. On #ColumbusDay, we honor his remarkable accomplishments as a navigator, & celebrate his voyage into the unknown expanse of the Atlantic Ocean. https://t.co/Mg3dxRfPuN

Trump also shared a link to his proclamation marking Columbus Day, in which he noted, “We commemorate the achievements of this skilled Italian explorer and recognize his courage, will power, and ambition — all values we cherish as Americans.”

Trump family with guns
That look you make when you shoot a 99/100 in trap and the only bird you drop is the easiest clay of the day. Station 3 straight away!!! So close😢. #trap #shooting #shotgun #weekend #clayshooting
Range time. #shooting #2a #weekend
Range time in South Texas. Always fun to break out the cool toys. #tx #2a #shooting #texas
Range time... nothing like getting in a little shooting on a chilly weekend morning. #shooting #weekend #longrange #2a
Great time with Kris Kobach today in Kansas. After speaking to a sold out crowd of his supporters for his run for KS Governor last night we were able to squeeze in a bit of time afield before my flight back to NYC this am. We met through outdoor friends before politics and it’s great to be able to help a where I can. #kansas #ks #outdoors #upland
Tristan getting ready for opening day with his plunger shotgun. 😂😂😂 #openingday #outdoors #weekend
Beautiful morning in Iowa with @stevekingia for the Col. Bud Day annual pheasant hunt. #outdoors #hunting #upland #pheasant #pheasantsforever #birddog #iowa #ia #iapol
D3 settling in between the cow pies and getting in some range time last weekend in Montana. He had a great time breaking long range rocks and learning proper form and safety with @longrangeonly and his @christensenarms 6.5 Creedmoor #montana #shooting #longrange #outdoors #rangetime #fatherandson
My friend @m.furia_dead_ringer sent me this pic of his blind setup this am in #indiana. Not sure about this one. He calls it dropping toms. It's a multi purpose blind.😄😝😂 #turkey #turkeyseason #turkeyhunting @colebuck58 @davidseder @chuckopenseasontv
Oh oh I think we have a natural. From 22 LR to 6.5 Creedmoor to 375 ELR at 2000 yards @kimberlyguilfoyle was on point this weekend in Montana... she didn’t miss a target! She also had a bit of a lead foot and addiction to the mud with the Razor. 😂🇺🇸😂🇺🇸😂 good times. #montana #shooting #longrange #mt #offroad #outdoors
Great to get a little Long range shooting in this weekend in Montana. Here we are shooting at 2007 yards or about 1.25 miles. Had dead on sub MOA hits on a 2’ X 2’ rock shooting my friend Jeff’s from @longrangeonly 375 ELR. For reference in the 4th picture that’s the 375 ELR next to a 6.5 Creedmore next to a 22LR. Good times. 🇺🇸😂🇺🇸😂 #shooting #Montana #Mt #outdoors #Repost @longrangeonly ・・・ @donaldjtrumpjr and Broz got together for some ELR shooting this weekend Don is send 400gr @cuttingedgebullets from the @abweaponsdivision built 375 ELR
Up Next

Blowback was swift and included the comment, “Columbus destroyed races, languages, and customs. He enslaved natives by invoking superstition. He’s no hero. He wasn’t even a pioneer.”

Another Twitter user pointed out, “Columbus did not discover North America, maybe Jamaica but not North America.”

It is, indeed, true that Christopher Columbus never set foot on what would become the United States of America, notes CNN.

“During four separate trips that started with the one in 1492, Columbus landed on various Caribbean islands that are now the Bahamas as well as the island later called Hispaniola,” according to the Washington Post.